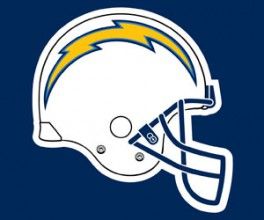 [1]The Spanos family[2], owner of the San Diego Chargers, has made plain it wants out of dilapidated Qualcomm Stadium and has taken aggressive steps toward moving to Carson and jointly building a stadium in the southwest Los Angeles County city with the Raiders, perhaps as soon as next month. For years, their stadium point man — former Clinton White House aide Mark Fabiani — has depicted city of San Diego officials as not offering[3] serious proposals for a partly taxpayer-funded new stadium, whether at the Qualcomm site in Mission Valley or downtown, near Petco Park.

This has led Mayor Kevin Faulconer, county Supervisor Ron Roberts and other elected leaders to make their case directly to the NFL, explaining why league owners shouldn’t allow the Chargers to flee a town of loyal fans in what they depict as a naked money grab. But a newly released document — a 24-page “term sheet”[4] the city provided the NFL — is undercutting this strategy because it can readily be interpreted as confirming Fabiani’s critique.

… didn’t offer many terms at all, especially those required to actually build a stadium.

Sure, Faulconer says in the document that the city could borrow $200 million toward stadium construction, while the county might chip in $150 million. …

However, the mayor doesn’t propose a timetable for asking his City Council or the county Board of Supervisors to approve any public financing. Sames goes with the public vote Faulconer deems necessary.

And, if taxpayers borrow $350 million using lease-revenue bonds, where is the lease? The mayor’s term sheet leaves a blank, quite literally, in the section that discusses the Chargers’ rent for their new stadium, after they presumably raised $750 million or more in private funds to build it.

The number of parking spaces is also blank, as are “civic events” each year for which the team couldn’t collect revenue. Aztec games? Capital reserves? Blank, blank.

Controlling the ‘optics’? Or actually pursuing a deal?

McSwain says the lack of specifics shows the “term sheet” to be a political document. Other coverage, such as this account [6]from KPBS, accepted city officials’ contention that the document was a work in progress, not a reflection of the limits on what the city and county can do to provide financial and other help getting a stadium built.

Tony Manolatos, a consultant to the mayor on the stadium, said he wasn’t surprised by the concerns raised in the NFL’s letter because “the NFL works for the Chargers.”

“Ever since the Chargers left the negotiating table, the NFL has been serving as their proxy,” Manolatos said.

Manolatos went on to say he believes the NFL wants to stay in San Diego. But to people who have been watching the stadium saga play out, his comments suggest that it’s not just the city putting out “political documents” to burnish its image and control the narrative. It’s also the NFL. Owners don’t want to see a reprise of the national backlash to the specter of the Colts fleeing Baltimore in the middle of the night in 1983.

So they encourage the idea that they are an impartial third party to a dispute between San Diego and the team, and don’t point out the fundamental problems with the city-county’s offer sheet. To use a term from Fabiani’s old profession, it appears that both the league and the city are trying to control the “optics” of the situation — while not appearing to make any progress toward a deal that would actually keep the Chargers in San Diego.