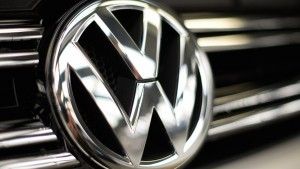 California’s powerful environmental regulator has ordered the recall of all Volkswagens, Audis and Porsches equipped with software secretly installed to defeat emissions tests.

“On November 25, the California Air Resources Board sent an In Use Compliance letter notifying Volkswagen, Audi and Porsche to start the process necessary to recall and repair illegal emissions software in all 3-liter diesel vehicles, model years 2009–2015, sold in California,” NACS reported[2]. “According to a press release, the automakers have 45 business days to assemble their plan and deliver it to CARB.”

The figures were added atop the 482,000 cars Volkswagen had previously admitted to rigging, as Bloomberg noted[3]. “That revelation, concerning 2-liter diesel engines from the 2009 through 2015 model years, sparked criminal probes in Europe and the U.S. and led to the resignation of the company’s chief executive officer.”

The new letter marked just the latest twisting of the screws from the Board, which has aggressively pursued action against the auto maker. “The notice from the California Air Resources Board came less than a week after state and federal regulators disclosed that Volkswagen Group automakers installed software to cheat emissions tests on more diesels than initially thought,” AP reported[4]. “The U.S. Environmental Protection Agency and the California Air Resources Board said last week the software was on about 85,000 Volkswagen, Audi and Porsche vehicles with 3-liter, six-cylinder engines going back to the 2009 model year.” Cars were programmed, according[5] to the New York Times, to trigger a “special eco-friendly mode with lower emissions of nitrogen oxides” when they detected that a lab test had begun.

The Board was instrumental in flushing out Volkswagen’s malfeasance, helping blindside the company by making the revelations public. In a remarkable twist, the Board recently confirmed comments made by director Mary Nichols, published in a German business magazine, “suggesting that the German government may have had information as early as 2010 about Volkswagen AG’s difficulties meeting restrictions on nitrogen oxide emissions in the U.S.,” the Wall Street Journal reported[6]. “Ms. Nichols said she was surprised that Ms. Merkel had such specific knowledge of the problems with nitrogen oxide emissions that German manufacturers faced.”

Just last month, it slapped the company with the second of two notices of violation. “On September 25, the California Air Resources Board sent letters to all manufacturers letting them know we would be screening vehicles for potential defeat devices,” Richard Corey, the Board’s Executive Officer said[7]. “Since then ARB, EPA and Environment Canada have continued test programs on additional diesel-powered passenger cars and SUVs. These tests have raised serious concerns about the presence of defeat devices on additional VW, Audi and Porsche vehicles.”

The damage to Volkswagen has been substantial: “Dealers labored for most of the month with inadequate saleable inventory on their lots,” as the Orange County Register reported[8], with the auto maker saying “sales of its namesake brand declined 25 percent from a year earlier, largely because the company couldn’t sell any diesel-powered cars.” The company, which confessed it had cheated emissions tests on its diesel cars, halted their sale, falling back on only its gasoline-powered vehicles.

Trouble has spread overseas as well. Although Volkswagen had previously said it was unsure whether the cheating software violated European regulations in addition to U.S. and Californian ones, German regulators recently announced that it did. “The determination by German regulators that VW had cheated could affect a flurry of European consumer litigation, though it is unclear what fines the company might face in Europe,” the Times observed. “While European Union member states were supposed to enact penalties for cheating on automotive tests several years ago, few have done so.”