Plethora of Initiatives Headed Toward 2016 Ballot 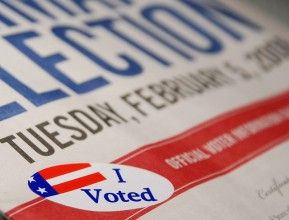 According to the recent Public Policy Institute of California poll[2], state residents like the initiative process but think too many initiatives appear on the ballot. To borrow a line from Al Jolson[3]: “You ain’t seen nothing yet!”

Of the 100 or so initiative proposals that have been filed with the Attorney General, maybe 20 percent will make the ballot. As Los Angeles Times Sacramento bureau chief John Myers reported last month[4], 15 to 19 look like possibilities, the largest number of propositions since 20 appeared on the March 2000 ballot.

In the nine November general elections since 2000, the ballot has averaged about 10 propositions per election. Remember, the law was changed in 2012 to force all initiatives – measures put on the ballot by petitions – to the November elections. No longer could they appear on the June primary ballot. So the longer November ballot in 2016 could be a harbinger of future elections.

However, it is possible another rule change that is about to come into play might also limit the number of initiatives on the ballot. Now, initiative proponents are allowed to pull their initiative before a measure is certified even if enough signatures have been gathered to qualify the measure.

The idea behind this change is for initiative advocates to try and work out a legislative fix to the problem they are addressing with their initiative thus avoiding a costly ballot fight. However, the power to pull an initiative also gives proponents the ability to negotiate with others who may have a conflicting initiative and come to a mutual agreement thus avoiding a ballot duel.

As of now, gathering signatures on the street are initiative measures for death penalty repeal, parental notification on abortions, minimum wage and property tax increase on million dollar properties. These measures will soon be joined by a host of others, including an effort to hasten the use of the death penalty, which could give a clear policy choice to voters in November.

Already qualified for the ballot are measures dealing with hospital fees, voting on revenue bonds, use of condoms in adult films, school bonds and a referendum to overturn legislation on one-time use plastic bags.

The thing that voters like about the initiative process as captured in the PPIC poll is the ability to have their voices heard on policy issues. Looks like the voters will have plenty of opportunities to participate in decision-making next year.

Which in turn will probably have them grumbling again about the number of initiatives they have to consider.