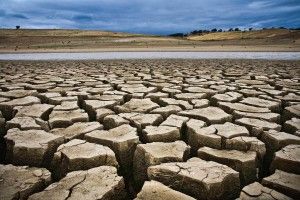 [1]Regulators and officials grappling with California’s ongoing drought face another unceasing problem: a chorus of criticism. From conservation to infrastructure, statewide policies and priorities have come under attack from a broad assortment of adversely affected residents.

Water districts themselves have wound up at the front of the line petitioning for a redress of grievances. Cuts imposed under Gov. Jerry Brown’s watch have led to sharp fiscal challenges for the utilities. “Seven months after state regulators drew up their plan to achieve a statewide reduction in urban water use, Yorba Linda Water District and its counterparts will get their first formal chance to ask for relief,” the Los Angeles Times reported[2].

“Under the regulations, water districts with a history of high residential use were told to cut back as much as 36 percent, while other less thirsty cities and towns were required to cut as little as 4 percent. The board and its staff took heat at the time for not considering factors such as climate, population growth and water conservation efforts prior to 2013,” the paper added. Yorba Linda and others have planned to resubmit their request for allowances, appealing to changes like the coming rainy season. With a new desalination plant about to come on line, the San Diego Water Authority has raised its hopes for a reprieve.

But the water districts themselves have come under intense suspicion by farmers, for whom collective memories of California’s “Chinatown”-era water wars have not faded away. But old ghosts did not discourage the Metropolitan Water District of Southern California — America’s largest drinking water distributor — from snapping up a huge tract of land in the Palo Verde Valley, according[3] to the Associated Press. The play, “along the Arizona line, tapped a deep distrust between farm and city that pervades the West over a river that’s a lifeline for seven states and northern Mexico,” the wire noted.

The stretch of land carries outsized significance because of its prime positioning to receive flows from the Colorado River. Desperate to irrigate their crops, Central Valley farmers have been reduced to using groundwater — utilizing a pumping process that has taken a dramatic toil on the ecology of their own land. “According to Jay Famiglietti, a water scientist at NASA’s jet propulsion lab in Pasadena and a professor at UC Irvine, two-thirds of the lost water has been sucked out of aquifers in the Central Valley, causing parts of the valley to sink,” the Guardian observed[4]. “In some parts of the valley, the land has been dropping by almost 2 inches a month, according to NASA satellite measurements.”

Few have held out hope for across-the-board reform in California’s complex water rights law. In a new study, the Public Policy Institute of California claimed that “the growing demand for water makes it imperative to reform the state’s system of allocating this essential resource,” as KQED noted[5], calling the state’s water rights system “fragmented, inconsistent and lacking in transparency and clear lines of authority.” But the water rights regulations underlying California’s complex system were unlikely to change any time soon; “since making that change would require legislative action, don’t hold your breath,” the network concluded.

In part for that reason, attention has turned to how the state’s current infrastructure budget has been allocated. One target of opportunity has been California’s high-speed rail endeavor. “A few urban Californians will benefit from high-speed rail, but we all pay the price for inadequate water storage. Since our state’s half-finished and aging water infrastructure was built 50 years ago, our population has doubled,” wrote[6] Board of Equalization vice chair George Runner and state Sen. Bob Huff, R-San Dimas.

“Even with the benefit of El Niño, most of the rain we receive this winter won’t be captured and will end up in the ocean. Many cities need expensive projects to meet federal and state mandates to capture, treat and recycle storm water runoff. But neither Congress nor the Legislature appropriated funds to pay for these projects, anticipated to cost billions,” they cautioned.