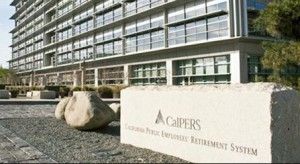 A member of the CalPERS board has gone rogue, using public records laws to get documents from the agency while facing warnings that it is unacceptable for him to criticize staff at board meetings. Ed Mendel has details [1]at Calpensions.com:

As one of 13 CalPERS board members, J.J. Jelincic presumably has some authority. But last June and July, he filed Public Records Act requests to force CalPERS to give him weekly reports from its federal lobbyists, much like any member of the public.

Jelincic wanted to see what CalPERS was getting for its increased spending. So he asked for the weekly reports from the lobbyists, as specified in their contracts. But the rest of the board had decided monthly reports, also specified in the contracts, are enough, and Jelincic’s informal request was denied.

Board targets only member who challenges staff

CalPERS’ actions got two much more savage [2]takedowns [3]at Naked Capitalism, a popular niche website [4]dedicated to exposing improper and unethical behavior by large financial institutions and corporations and the government agencies which regulate them. Susan Webber, a 35-year veteran[5] of Wall Street and high finance, writes for the site under the name Yves Smith. Among her allegations:

[Some video of last month’s] Governance Committee meeting clearly shows that the board, aided and abetted by [fiduciary counsel Robert] Klausner, is in the process of establishing a procedure for implementing trumped-up sanctions against Jelincic, presumably so as to facilitate an opponent unseating him in his next election. But Jelincic’s term isn’t up until 2018, so from their perspective they are stuck with an apostate in their ranks for an uncomfortably long amount of time. Part of their strategy appears to harass him into compliance with the posture the rest of the board, that of ceding authority to staff and conducting board meetings that are largely ceremonial. …

The board ganging up against Jelincic comes straight out of The Peter Principle. One of its corollaries was “hierarchical exfoliation,” in which organizations expel both poor performers and notable outperformers, the latter because they make everyone else look bad. Jelincic, the lone board member willing to do his job, must be tarred and feathered for his crime of showing the rest of the board up. …

[It] is particularly unseemly that the board member who has been the most aggressive in pushing the illegal notion that CalPERS can and should sanction Jelincic over filing Public Records Act requests is Priya Mathur, who has been fined repeatedly for violating state ethics laws[6].

Jelincic has history as CalPERS maverick

This isn’t the first time Jelincic has tangled with other board members and top CalPERS officials. The Sacramento Bee reported in April[7] on one contretemps, involving limits put on his voting to avoid conflicts of interest because his full-time job is as a CalPERS investment officer.

In 2011, Jelincic was officially reprimanded [8]for alleged sexual harassment of co-workers in CalPERS’ investment office. But he denied the allegations and called the sanctions “politically motivated.”

But Jelincic’s campaign biography [9]and website doesn’t focus on his maverick ways. Instead, they emphasize his history as a union leader, including time as president of the California State Employees Association. Strong union support helped him first win his seat on the CalPERS board in 2009.