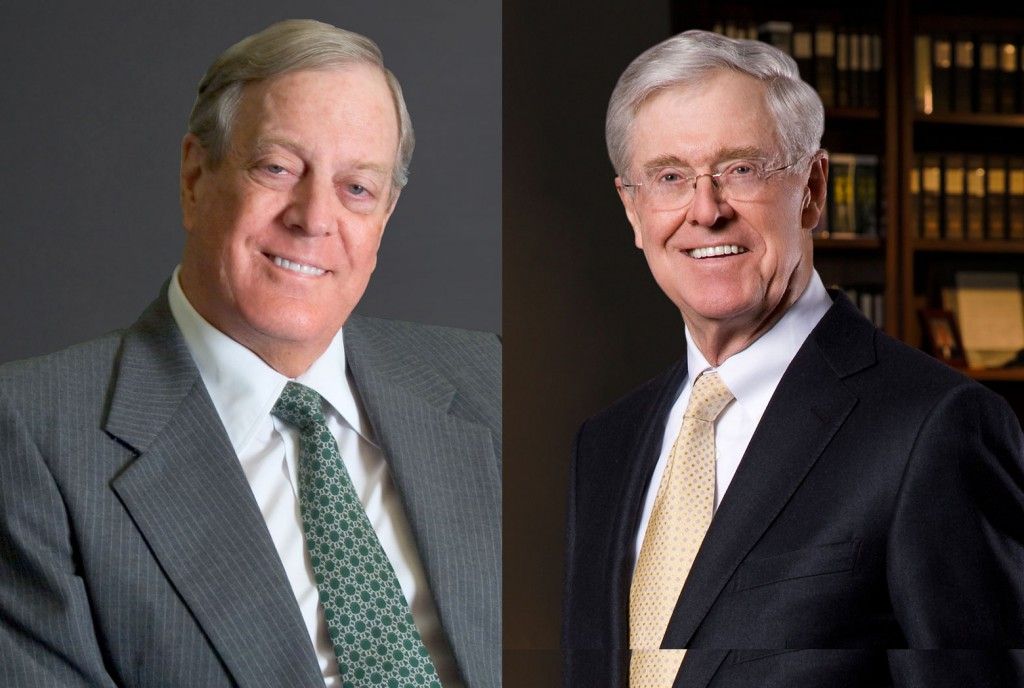 Pressing for access to confidential lists kept by the Koch brothers, U.S. Senate candidate Kamala Harris injected another note of politics into her tenure as California Attorney General.

Harris “has a fight on her hands trying to get the brothers’ Americans for Prosperity Foundation to give her access to the same confidential data it already provides to the Internal Revenue Service,” Bloomberg Politics reported[1]. That organization has labored in court to maintain control over information about its contributors, arguing that they and it face routine threats of violence.

“Grotesque threats have been leveled against known associates of the foundation, ranging from threats to kill or maim to threats to firebomb buildings,” the Foundation alleged, as Courthouse News reported[2]. “More mundane threats abound too, including boycotts, firings and public shaming, all of which are now demonstrated components of the playbook of the foundation’s more extreme opponents.”

Pressed on the prospect of public disclosure by judges at a recent hearing in federal appeals court, “Deputy Attorney General Alexandra Gordon told the judges that new regulations to prohibit such disclosure are in the making, though she didn’t know when they would be enacted,” the site added. Gordon waved away claims that Foundation contributors could be put in peril by the disclosure of their information. “We have basically some anecdotal evidence of threats, mostly arising from the founders of this foundation, the Koch brothers’ very public presence and very public events held by the foundation,” she said, according[3] to Courthouse News Service. “That has nothing to do with whether this type of disclosure requirement is actually going to lead to harm.”

The legal battle between the Kochs and the state Attorney General began in December 2014, when Americans for Prosperity sued Harris for violating its First Amendment rights to free speech. Although California law requires all charitable organizations to register with the state and furnish copies of their public IRS filings, as the Los Angeles Times then noted[4], the so-called “Schedule B” filing, which lists the names and addresses of donors giving over $5,000 each tax year, is “kept confidential and not available to the public.”

While Americans for Prosperity “said they have been registered with the state since 2001 and had never before been asked for its list of donors,” the Times reported[5], a Harris spokesman said the Foundation “has been out of compliance with the law for a number of years” and “did not receive a communication previously from our office for one simple reason: the section responsible for enforcement has been chronically underfunded for years.”

By this year, however, the Kochs had gained the upper hand in court. This February, U.S. District Judge Manuel Real blocked Harris from pursuing the list “until the legality of the request has been resolved,” as Bloomberg Business observed[6], citing “a separate case in which the U.S. Court of Appeals in San Francisco halted the attorney general from enforcing the demand on the Center for Competitive Politics while that case was before that court.”

“Real rejected Harris’s argument that her office won’t publicly disclose the donor information, saying that California doesn’t have regulation preventing such disclosure and that, as such, it was left to the attorney general’s discretion whether to make it public. The judge agreed with the foundation that the attorney general’s office won’t be harmed by an injunction because it hadn’t had the donor information for the past decade.”

Whatever the outcome of the case, Harris stood to gain politically from putting the heat on Americans for Prosperity and the Kochs, who are reviled by Democrats as big-money GOP puppet masters. Of late, Harris has had to weather criticism of her own campaign spending, “using her campaign account to fund stays in upscale hotels and first-class airfares during her nearly five-year tenure as state attorney general,” as the Hill recently reported[7]. “A review by The Hill of California campaign finance records reveals that Harris’s expenditures follow a pattern: The Democratic candidate regularly charges thousands of dollars in luxury travel and hotels to her campaign.”