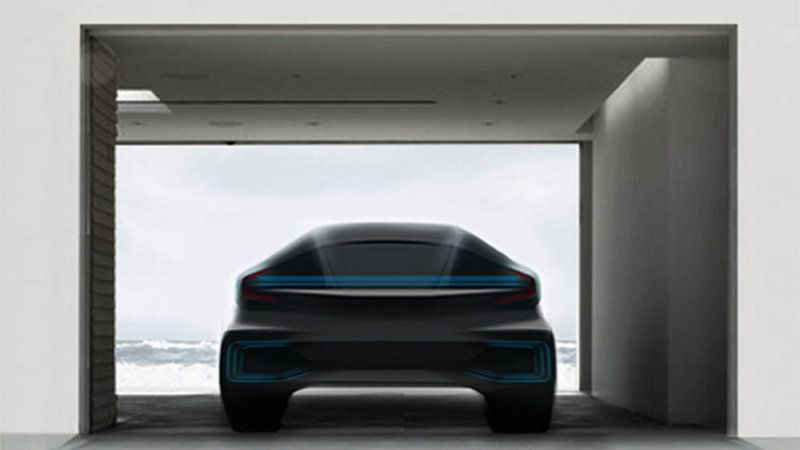 After losing out to Nevada last year in the competition for Tesla’s battery plant, California has missed a similar opportunity. Faraday Future, the semi-mysterious rival to Elon Musk’s car company, secured the backing of the Nevada Legislature for a multimillion dollar factory deal — despite having selected California for its current headquarters.

“The state Assembly voted overwhelmingly in favor of the deal Saturday, after a four-day special session in Carson City,” the Associated Press reported[1]. “Lawmakers learned last week that Chinese billionaire Jia Yueting was backing the secretive California-based company, which employs some former Tesla Motors executives, and that Faraday plans to bring 4,500 direct jobs to Nevada.”

Four bills cementing the deal headed to Gov. Brian Sandoval — a booster of the plan — who swiftly signed them at a short Capitol ceremony. “The Republican governor said he’s excited about the prospect of young Nevadans getting well-paid jobs at the $1 billion plant in North Las Vegas,” the Sacramento Bee reported[2]. “The factory is expected to employ 4,500 workers and create another 9,000 indirect jobs. Sandoval said Nevada’s proud of its casino and mining industry, but wants to keep up with the industries of the future.”

California wasn’t the only state going head to head against its rival across the mountain range. “Nevada triumphed over California, Louisiana and Georgia in the bid to land the factory,” the Associated Press related. “The state will offer $215 million in tax credits and abatements, and publicly finance $120 million in infrastructure improvements at an underdeveloped industrial park in the city of North Las Vegas.”

At stake was $1 billion worth of state-of-the-art production plant in the southerly region, which state officials have been eyeing as a prime area for economic development and revitalization. State Sen. Pat Spearman, D-Las Vegas, described the deal as “a watershed moment” for his district. “I will be happy to go back to my constituents and say the darkness that has overshadowed us has lifted,” he said, according to the wire.

Although Nevada’s package of incentives helped the state’s candidacy, Faraday officials — including former Tesla heavyweights — cautioned that other factors combined to put it ahead of the pack. Dag Reckhorn, the company’s vice president of global manufacturing and ex-manufacturing director for the Tesla Model S, told[3] the Los Angeles Times that “Nevada gave us the best overall deal. It’s still close to the West Coast, we have Highway 15. It’s good for our supply chain — getting parts in and out of the plant.”

Reinforcing Faraday’s reputation for closely-guarded confidentiality, neither Reckhorn nor any other representative let slip any details on California’s losing bid — if any. “Company officials declined to say whether California offered similar incentives or where they were considering building, citing a nondisclosure agreement,” noted the Times. “A spokesman for Gov. Jerry Brown’s Office of Business and Economic Development declined to comment.”

But one detail of the delicate negotiations carried out during the Legislature’s special session could hint at what took place behind the scenes. Of the four bills it took to smooth the way for Faraday, fully half involved the company’s access to Nevada water. In what was characterized by Reno Public Radio as a “compromise,” legislators agreed[4] that the state would “supply Faraday with groundwater quickly without tampering with existing water law.” The deal bringing Tesla to northern Nevada — at a site distant from Faraday’s southern Nevada location — wound its way through the Nevada Legislature in half the time as the current raft of agreements, according to the network.

Some lawmakers cautioned against placing too much faith in Faraday’s viability. Expectations have been anchored around promises by the company to field electric cars on American roads by 2020, with construction beginning on the North Las Vegas plant next month, according[5] to Jalopnik.