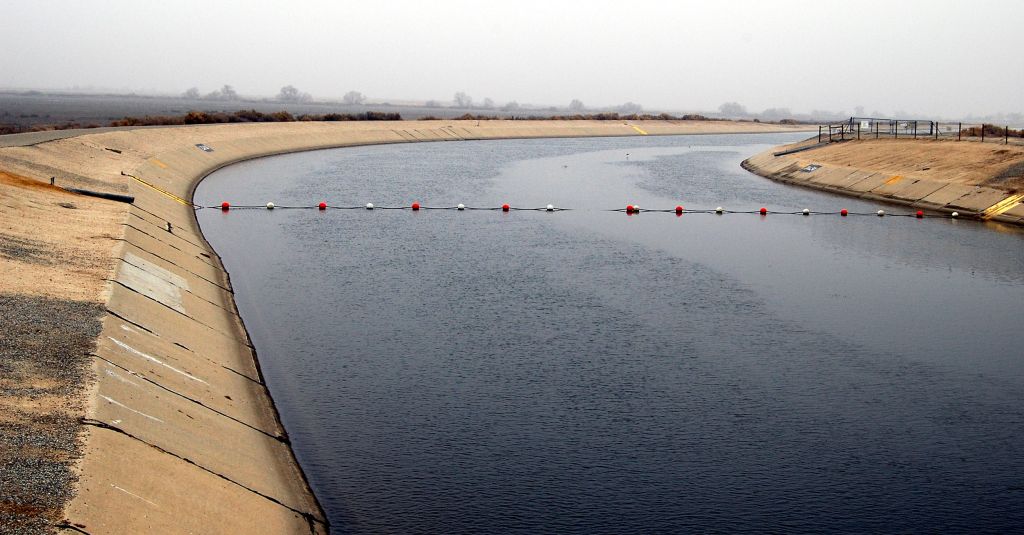 California officials have found their drought difficulties are compounded by an ironic new challenge: too much rainwater to store.

Despite decades spent puzzling over the tall order of improving the state’s massive network of waterways, “those who need water the most, farmers, are in a poor position to take advantage of any deluge,” the New York Times reported[1]. “If El Niño floods pour into the Central Valley, the farmers will inevitably watch millions of gallons of water flow to the sea.” State leaders, the paper noted, have wound up under the gun to determine “how best to save the water that arrives between the drought years, weighing the value of billion-dollar construction projects against smaller and less expensive measures.”

From the ballot box to Gov. Jerry Brown’s office, a whole raft of measures have been pursued from Sacramento. But none of them were poised to make the difference this rainy season. “California voters approved more than $7 billion in new bonds last year to improve water infrastructure, including nearly $3 billion for storage,” as ABC News Fresno observed[2]. But with critics charging that new dams will come up short, “California Governor Jerry Brown is also pushing a controversial proposal for two massive tunnels to move water with fewer environmental issues,” the station added.

In Washington, the outlook hasn’t been any clearer. Earlier this month, California members of the House of Representatives angrily gave up on landmark water legislation aimed at benefiting the state. “In a remarkably acrimonious ending to negotiations that once seemed close to bearing fruit, GOP House members acknowledged the bill’s failure while putting the blame squarely on California’s two Democratic senators, Dianne Feinstein and Barbara Boxer,” McClatchy reported[3]. “The utter collapse of negotiations means a California water package — that in its latest manifestation spanned 92 pages — will not be slipped into a much larger, must-pass omnibus federal spending package needed to keep the federal government open. If legislative efforts are revived, they will come in the new year.”

Feinstein, unlike Boxer, had invested more time and energy negotiating with Republicans than many Democrats had expected. But her fellow party members from Northern California accused their GOP counterparts of crafting their package in what McClatchy called “excessive secrecy,” prompting Boxer to charge that “all they do is keep pitting one stakeholder against another, which will only lead to the courthouse door.”

Meanwhile, California’s tangled regulatory environment delayed the state’s ambitious new desalination plant outside San Diego, raising the specter of an even greater excess of water. “It took longer to get approvals for this one desalination plant,” U-T San Diego’s Steven Greenhut noted[4], “than it did to design, approve and complete most of the 60-year-old State Water Project — California’s enormous system of dams, aqueducts and pumping stations that brings northern California water to the more arid Southland.” At least one key figure in the project, Greenhut continued, warned “that unnecessary and duplicative approvals — four separate state agencies approved the project on their own, separate tracks — delayed things by at least a decade and added about 10 percent to the total project cost of $1 billion.

Adding to the headaches, the need to store water will intensify as consumption restrictions relax for the state’s hotter inland communities beginning next year. “Under the new system, which would run through October, agencies in the hottest climates would see their current mandates fall by as much as 4 percentage points,” the Sacramento Bee reported[5]. “The proposal by the State Water Resources Control Board would also mean less onerous conservation mandates for California’s fastest-growing communities, as well as those that have created new ‘drought-resilient’ water supplies for themselves through recycling, desalination or other means.”