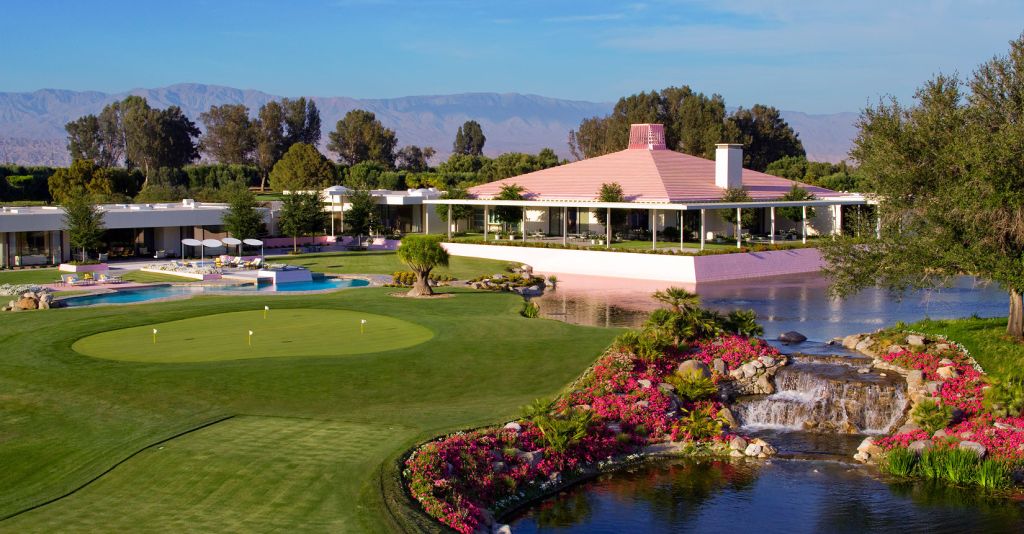 Allied nations have begun to RSVP to President Obama’s next big summit, hosted in California next year.

“During an Asian tour last month, Obama invited leaders from the 10-country Association of Southeast Asian Nations (ASEAN) to the Sunnylands resort in Rancho Mirage,” as The Hill reported[1], noting that National Security Council spokesman Myles Caggins would only characterize the event’s objective as advancing “important conversations about the Asia-Pacific region.”

“The president is pleased the leaders have accepted his invitation to gather at Sunnylands, in early 2016,” Caggins said.

Observers have speculated for years that the Obamas may opt for a post-presidency move to the Coachella Valley. In two years, The Desert Sun noted[2], he has visited the desert five times. “Sunnylands is a sprawling 200-acre estate in‎ Rancho Mirage, just outside Palm Springs. The mid-century mansion situated on the property was built by the Annenberg family and is now used by presidents and other public officials as a desert retreat,” as CNN explained[3].

But the Palm Springs destination carried some geopolitical significance as well. “The choice of Sunnylands is symbolic as the Rancho Mirage retreat there was the venue of an informal meeting between Obama and Chinese President Xi Jinping in 2013 that sought to chart a new way forward in U.S.-China relations but did little to ease tensions,” according[4] to Reuters. “Four ASEAN members — Brunei, Malaysia, Singapore and Vietnam — are also part of the 12-nation Trans-Pacific Partnership trade pact, which is the key economic plank of Obama’s economic and security pivot to Asia in response to China’s growing power.”

The president’s intended pivot has drawn substantial criticism as events in the Mideast siphoned military and strategic resources away from the Pacific. In a particularly divisive controversy, some Republicans and Democrats assailed the Trans-Pacific Partnership as a secretive, pro-corporate deal brokered more as a bulwark against Chinese political interests than as a guarantor of American economic ones. “Vital Republican backing for the deal is waning,” the Wall Street Journal observed[5]. “The party is divided on trade, and establishment Republicans are having a harder time defending the administration’s Pacific deal against outspoken criticism from a number of Republican presidential candidates, including front-runner Donald Trump.” In recent months, even Republican-aligned industry figures have begun to sour on the deal; “business groups including the Chamber of Commerce and Business Roundtable can’t formally begin the job of building congressional support until they iron out deep differences among their own ranks,” the Journal added.

As a result, White House watchers have anticipated a summit aimed at marshaling the kind of international support that Obama could use to try forcing lawmakers’ hands. “Obama’s push for the Trans-Pacific Partnership […] and China’s military aggression in the South China Sea are expected to be among the main topics at the summit,” according[6] to the Washington Post. Several ASEAN countries, the Post noted, “have clashed with China over the South China Sea, a key international shipping lane, where Beijing has constructed artificial islands that U.S. officials fear could be used as military installations. Obama warned Xi about China’s intentions during a U.S.-China summit at the White House in October, and the Pentagon dispatched a U.S. warship within 12 nautical miles of the artificial islands in a challenge to Beijing’s claim on the waters.” The votes of some wavering Republican legislators could be tilted in the TPP’s favor if southeast Asian allies rally around the president.

In the meantime, speculation continued to swirl around the exact scheduling of the event. “Japan’s Kyodo news agency on Monday quoted an ASEAN official source as saying the summit was expected to be held February 15-16,” Reuters reported[7]. “Diplomats from two ASEAN countries said they understood this to be the timing, but it had yet to be confirmed.”