Broad gets ammo in push to expand L.A. charter schools 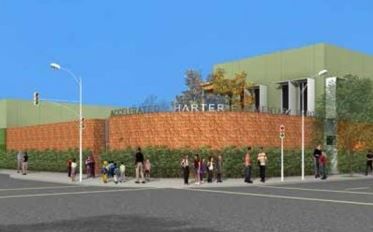 As a huge fight draws near over charter schools in the Los Angeles Unified School District between the California Teachers Association and billionaire philanthropist and school reformer Eli Broad, a massive new study by UC Berkeley researchers gives Broad ammunition for his campaign. This account [1]is from UC Berkeley News:

Charter schools, while publicly funded, operate independently of many state requirements and the administration of the Los Angeles Unified School District. Some 274 charter schools operate in L.A. Unified this fall, more than any school district nationwide.

The four-year study of 66,000 students at charter schools in Los Angeles Unified — one of the largest research projects yet on charters — offers generally positive news about their quality of education.

The study is sure to be invoked by Broad and others unhappy with the quality of education in the nation’s second-largest district. In September, the Los Angeles Times obtained a copy of a 44-page report [2]prepared for Broad called “The Great Public Schools Now Initiative” that corroborated earlier stories that Broad hoped to increase from 16 percent to 50 percent the number of L.A. Unified students in charters, which would require the creation of an estimated 260 new schools. A key passage in the executive summary:

The opportunity is ripe for a significant expansion of high-quality charter schools in Los Angeles. Thanks to the strength of its charter leaders and teachers, as well as its widespread civic and philanthropic support, Los Angeles is uniquely positioned to create the largest, highest-performing charter sector in the nation. Such an exemplar would serve as a model for all large cities to follow.

… numerous foundations and individuals who could be tapped to raise money, including the Bill and Melinda Gates, Bloomberg, Annenberg and Hewlett organizations. Among the individuals cited as potential targets for fundraising were Eli Broad, Irvine Co. head Donald Bren, former entertainment mogul David Geffen and Tesla’s Elon Musk.

It also suggested a strategy of grassroots organizing and civic engagement designed to generate more interest among parents in charter schools.

The California Teachers Association and its largest chapter, United Teachers Los Angeles, are ramping up for the challenge. The UTLA has already launched a picketing campaign [3]against the plan. At a November rally[4], CTA President Eric Heins said, “We are here to say to Eli Broad and to Walmart that our schools are not for sale. … The 325,000 members of the California Teachers Association stand arm in arm with UTLA and with CFT to say no to Eli Broad, to say no to Walmart, and to help build the schools that all L.A. students deserve.”

The CTA has won support from Diana Ravitch, a high-profile education reformer and author who’s made an odyssey from harsh union critic to someone who agrees with the union claim that there is something unsavory, corporate and ominous about a school reform movement organized by billionaires. That’s how she characterized [5]Broad’s effort on her website.

“Will the [LAUSD] board go along with Eli’s silent coup or will they choose someone to represent the public interest?” Ravitch wrote.

Broad’s defenders describe his school reform ideas as very comparable to President Obama and his push for school and teacher accountability. But the nation’s two largest teachers unions, the National Education Association (which counts the CTA as its biggest affiliate) and the American Federation of Teachers (the California Federation of Teachers is its biggest affiliate), reject that comparison.

Obama’s recent decision to sign the Every Student Succeeds Act, a national education framework replacing 2002’s No Child Left Behind law, would appear to back up the NEA’s and AFT’s view. It pulls back sharply from federal accountability requirements imposed on states and individual school districts.

The new law swept to bipartisan passage because of an unusual coalition of Democrats who joined teacher unions in saying too much class time was being spent on testing and Republicans who said Congress should not be a “national school board,” in the phrase [6]of Tennessee Sen. Lamar Alexander, a former secretary of education.