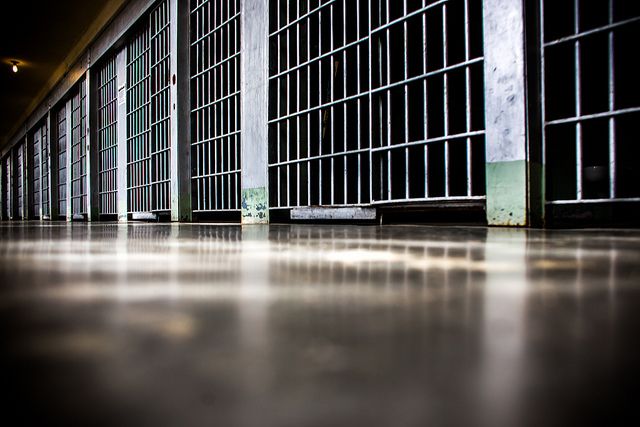 The procedure of charging and posting cash bail has prompted a historic lawsuit out of San Francisco.

Evidence has been mounting for years that the bail system places the poor in an untenable position when they are arrested. As the Economist noted[1], “around 1,800 San Franciscans every year are detained before their trials because they are poor.” But a new case with unusual details has resulted in a class action suit that strikes at the heart of the practice. “Crystal Patterson didn’t have the cash or assets to post $150,000 bail and get out of jail after her arrest on an assault charge in October,” as the Associated Press recounted[2]. “So Patterson, 39, promised to pay a bail bonds company $15,000 plus interest to put up the $150,000 bail for her, allowing her to go home and care for her ailing grandmother.”

That’s where things took a turn for the absurd. “The day after her release, the district attorney decided not to pursue charges,” the AP observed. “But Patterson still owes the bail bonds company. Criminal justice reformers and lawyers at a nonprofit legal clinic in the District say that is unconstitutionally unfair.”

According to the lawsuit, filed[3] by the nonprofit group Equal Justice Under Law, “the due-process and equal-protection guarantees” contained in the 14th Amendment “have long prohibited imprisoning a person because of the person’s inability to make a monetary payment.”

“Yet that is just what San Francisco’s bail schedule does,” the Economist added. “Even the city’s former sheriff, Ross Mirkarimi, laments the injustice and inefficiency of its bail policy. Most inmates in its jails have been charged with minor crimes or misdemeanors like public urination or petty larceny and are at scant risk of ducking their trials and compounding their legal woes. Jailing these people before their trials costs the city. It would be cheaper and more humane, he suggests, to use pre-trial services like electronic monitoring to usher defendants back to court.”

The EJUL lawsuit was filed in October. “A judge will decide in next month whether to temporary suspend San Francisco’s bail system until the lawsuit is resolved,” according to the AP. The organization’s attorneys have suggested that the legal argument they have trained on San Francisco would have to apply across California as well if it is accepted in court. “Center lawyer Phil Telfeyan says if a judge strikes down San Francisco’s bail system, similar policies in the state’s 57 other counties will also have to be changed,” the wire reported.

As dismaying anecdotes have accumulated, cash bail has begun to encounter organized opposition outside California as well. “When Miguel Padilla landed in jail for driving with a suspended license, his fiancée scrambled to raise $1,000 in bail to get him out of New York City’s Rikers Island. They couldn’t come up with the cash,” as Take Part reported[4]. “So the 35-year-old decided to plead guilty, rather than fight his case, to get back to his three kids as fast as possible. In the five days Padilla spent behind bars, he lost both of his low-wage jobs. After his release, he struggled to find another job — thanks to his new criminal record.”

Years of data has suggested Padilla’s problem is endemic. “In a 2011 report by the city’s Independent Budget Office, 79 percent of pretrial detainees were sent to Rikers because they couldn’t post bail right away,” wrote[5] Maya Schenyar in a 2015 editorial at the New York Times. “Across the United States, most of the people incarcerated in local jails have not been convicted of a crime but are awaiting trial. And most of those are waiting in jail not because of any specific risk they have been deemed to pose, but because they can’t pay their bail.”