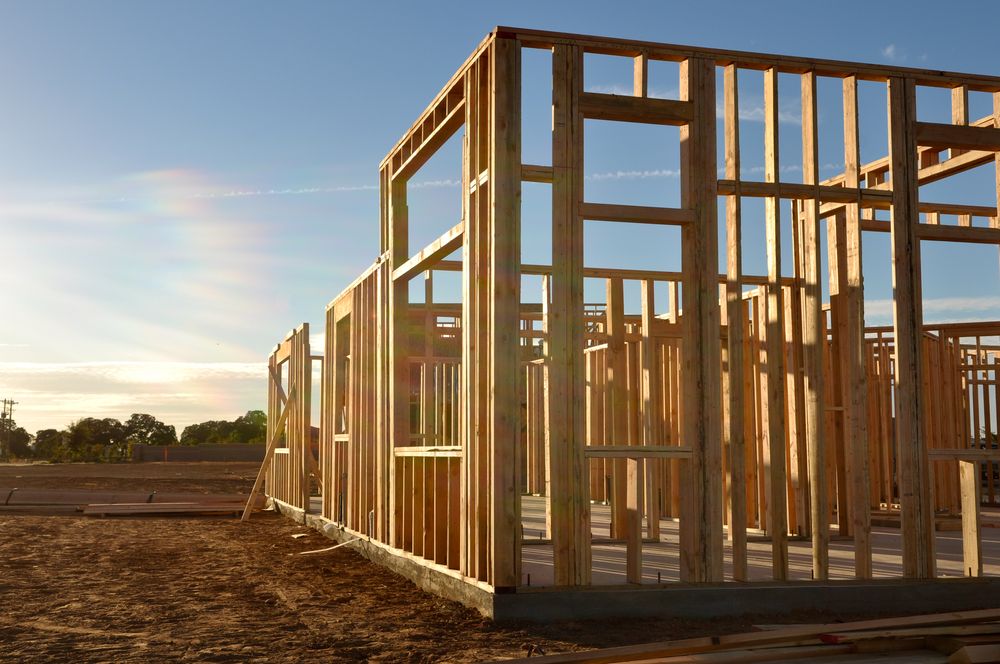 Schools and universities from the smallest unified school district to the top-tier university systems in the state issued more bonds in 2015 than they had in any year since the boom times of 2005, before the Great Recession. The result is a spate of new buildings, enhanced facilities and an overall expansion of the education complex.

A CalWatchdog analysis of data for the year shows 465 securities issuances from education entities. Some were refunding issuances — refinancing existing bonds — but the majority were general obligation bonds, which rely on taxation for repayment.

Most of the issuances came from school districts, charter schools and education districts, while 64 were directly tied to a single community college district or public university system.

A driving factor in the boost in issuances is the increase in real estate values in much of the state, said Kevin Carlin, a San Diego-based public interest attorney with a public works construction background.

“There is a limit in bond measure (regulations) that says you can’t issue more than a certain percentage of assessed value in a district. So once you get maxed out on the value limit, you have to wait for those limits to go up.”

The voter-approved bonds are part of a continued spending surge on education in the state.

In November, voters will decide on $9 billion in school construction bonds.[1] It’s the first statewide education bond measure since 2006. The issue is propped up by big money from the construction and engineering industries and so far has drawn little opposition. The measure was qualified for the ballot via a push from the California Building Industry Association.

Bond measures are easier to pass now than they were before 2000, when Proposition 39[2] allowed for passage with 55 percent of the vote rather than two-thirds, as before, said Mike Turnipseed, a watchdog in Kern County.

“The threshold was changed, and today, over 80 percent of bond proposals are approved,” he said. “If cities want to issue bonds, it takes the two-thirds approval, but not schools.”

With the bond issuances come big projects. Add to that numerous funding mechanisms. The state’s School Facility Program earlier this year signed off on $113.6 million for 22 districts[3] to use for various voter-approved projects. The program helps school districts with matching funds or to reimburse districts for finished endeavors.

At California State University in Sacramento, where enrollment grew 2 percent between 2003 and 2014, a $91 million science building has been approved[4].

The University of California Board of Regents approved spending $7 million for what will eventually be a $150 million[5] research building for the Riverside campus. It will house 40 to 50 new faculty members. Enrollment at UC Riverside has increased 2 percent since 2012. Full-time employee ranks, meanwhile, have grown 20 percent.

“The only way to best serve our students and California is to grow our faculty,” UCR Chancellor Kim A. Wilcox told a subcommittee of the Regents at a September meeting[6].

The Milpitas School Board in San Jose agreed to pay architectural firm Gould Evans $2.2 million for the design of an elementary school[7]. The school board is set to purchase 6.7 acres from the city for $21 million.

The school district in Oakland this month issued a request for proposals to upgrade kitchens in 16 schools with a budget of $15 million[8].

The City College of San Francisco will bring on 55 new full-time faculty and 46 administration workers.[9] 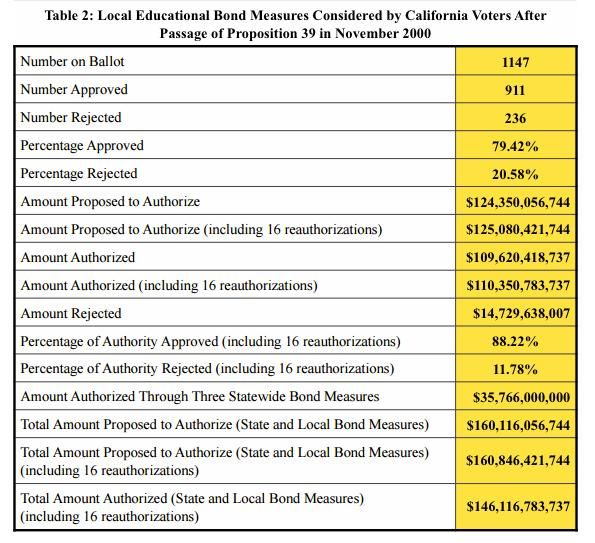 Between 2001 and 2014, California voters approved $146.1 billion in bond debt for school and college districts, according to a study published in July[12] by the California Policy Center.

“The idea that people are forming is this assumption that property values will skyrocket forever,” said Kevin Dayton, the author of the study. “That way it won’t be so painful for the kids to pay it off as adults. But this is all built on predictions and we have no idea if this will come true.”

The bond debt comes in addition to the billions of dollars handed over to school districts from the passage of Proposition 30 in 2012[13] which included an additional levy on income over $250,000 as well as a ¼ cent increase in the state sales and use tax.

The revenue is earmarked for education. To date, $13.1 billion[14] has been raised through the taxes.

Many of the schools are spending the money on salaries and benefits[15], according to the state’s Proposition 30 tracking site[16]. For example, at Harnett Community College District[17], $5.3 million went to salaries and benefits while $103,000 went to athletics, art, diesel mechanics and a theater group, Western Stage.[18]