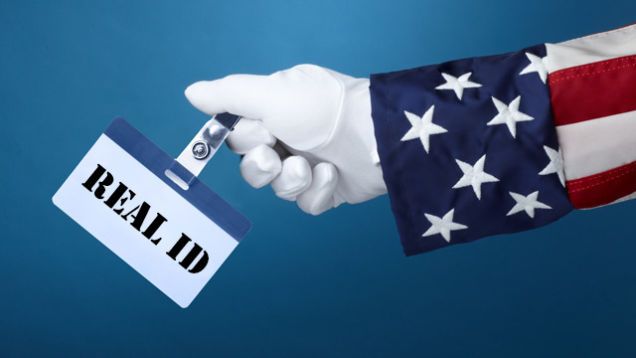 At the mercy of the Department of Homeland Security, California had joined a number of states in dragging its feet on the new rules, meant to make drivers licenses more uniform and secure. “The latest actions by the department granted compliance extensions to California, Alaska, South Carolina and New Jersey until Oct. 10, 2016,” according[1] to Quartz. “With these extensions, 22 states are now exempt until that date from the security requirements, known as Real ID. New Mexico and Washington state have exemptions that last through Jan. 10, and have yet to be granted extensions.”

The grab bag of states reluctant to comply with the regulations revealed two sets of political quirks. Firstly, although DHS actually lacks the legal power to enforce compliance, it has relied on a variety of regulatory carrots and sticks to sway most states. “In October, it began requiring that visitors to military bases, nuclear plants and federal facilities produce a driver’s license from a state that complies with the law, or show another form of government ID, like a passport,” the New York Times reported. “But the biggest leverage the government has over the states is commercial air travel.”

“The Department of Homeland Security said it would provide a schedule by the end of this year for when airport screeners would start accepting only driver’s licenses that complied with federal standards. It said that 120 days’ notice would be given before starting to enforce the law at airports.”

That move confirmed the fears of personal privacy and civil liberty advocates, who have long warned of a federal drive toward an effectual national ID card. Others have focused in on the broader inefficiencies of the Transportation Security Administration, which has endured a string of high-profile scandals and failures in recent years. “We already know that Real ID noncompliance has no effect on airport security, just as we know that TSA body scanners and screening procedures don’t work. Last year, screeners had a 95 percent failure rate when Homeland Security agents tried to sneak weapons and fake explosives through TSA checkpoints at airports around the country,” wrote[2] the editorial board of the Las Vegas Review-Journal.

And some activists and analysts also criticized the sheer cost of compliance. “There is no need for California to spend a dime on Real ID compliance, but the most recent analysis of AB1465 says the California DMV would incur costs of approximately $5.56 million in 2016-17 and $5.4 million each year after that,” argued[3] Cato Institute senior fellow Jim Harper.

But, in California, the changes have impacted a different constituency as well: advocates for mainstreaming unlawful immigrants into civic life. Liberals statewide — and around the country — largely cheered when the Golden State succeeded in its negotiations last year with federal authorities around granting special drivers licenses to the otherwise undocumented. Although officials have said “the new rules are not related to California’s decision to provide drivers’ licenses to immigrants,” according[4] to KCRA, because “[t]hose licenses were never intended to be used for air travel and are marked accordingly,” Washington’s aggressive negotiating stance — it rejected initial California designs for the special license — implied a federal interest in minimizing differences between licenses in different states.

Adding to the atmosphere of concern, some states have already had their requests for compliance extensions rejected. “At least 19 other states recently received an extension of their exemptions, but the federal agency rejected requests for extensions from Missouri and Illinois,” KCRA reported[5] separately. “States initially were supposed to comply with the Real ID requirements by the end of 2009. Federal authorities have repeatedly delayed implementation to provide time for states to change their driver’s license procedures and make the necessary technological improvements.” But patience has begun to run out.