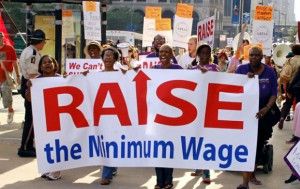 More than 2 million workers[1] in California are celebrating the new year’s bump in the minimum wage.

“Anyone who believes that all work is dignified and all workers deserve fair treatment, has to be outraged by these practices,” Lorena Gonzalez, then secretary-treasurer of the San Diego-Imperial Counties Labor Council, told CalWatchdog.com in 2012. 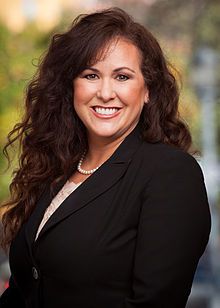 Now a member of the state Legislature, Gonzalez is doing something about that injustice — by advancing legislation that would end the practice completely in California.

Assembly Bill 488 would eliminate an exemption for employees of sheltered workshops and rehabilitation centers with special minimum wage licenses under the California Fair Employment and Housing Act, extending the law’s protections against discrimination and harassment to workers in those environments.

“This bill guarantees these employees the same civil rights that all other workers, including interns, already receive,” Gonzalez said. “There’s no reason these workers should receive less protection from discrimination or harassment on the job.”

In recent years, Goodwill Industries has become the poster-child for exploitation of workers with disabilities. More than 100 Goodwill entities nationwide have employed workers through the Special Wage Certificate program. A 2013 Watchdog.org investigation[6] revealed that these same Goodwill entities that use the special wage program simultaneously spent $53.7 million in total executive compensation.

“Section 14(c) of the Fair Labor Standards Act authorizes employers, after receiving a certificate from the Wage and Hour Division, to pay special minimum wages — wages less than the Federal minimum wage — to workers who have disabilities for the work being performed,” the Department of Labor explains on its website.

Goodwill justifies the practice as a tool to hire people with severe disabilities, who would otherwise be unable to find work. Other supporters of the special wage certificate program contend that people with disabilities are not as productive as able-bodied individuals.

However, labor experts dispute those claims. Samuel R. Bagenstos, a professor of law at the University of Michigan Law School and a former deputy attorney general for civil rights, has detailed numerous examples of how workshop employers automatically assigned jobs “without any connection to the abilities and background of the individuals[7].”