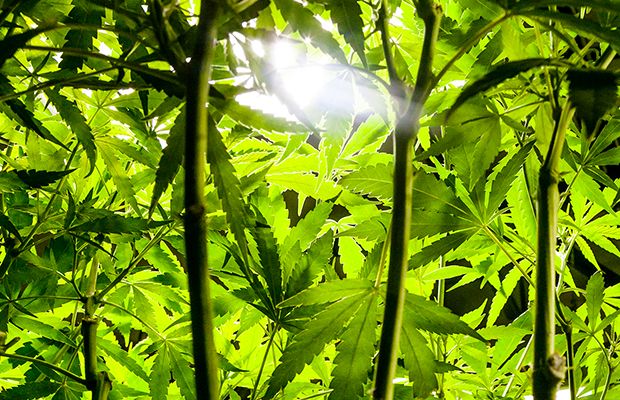 California marijuana law has lurched into a new phase of disarray. But legislators in Sacramento have swung into action to correct the mistake behind the chaos.

At fault was a drafting error in a key piece of legislation designed to bring uniformity and predictability to the state’s pot regulatory structure, with the possible legalization of the drug around the electoral corner. “California’s new medical marijuana laws were supposed to provide more structure and clarity for the state’s loosely regulated, billion-dollar industry, but in the past few weeks, dozens of municipalities have ignored that intention by moving quickly to ban delivery and other activities codified by the legislation,” the San Francisco Chronicle noted[1].

Moving too quickly at the tail end of Sacramento’s fall session, lawmakers passed a law “that imposed a deadline of March 1 for local governments to adopt land-use regulations for marijuana cultivation,” as the Sacramento Business Journal noted[2]. “Under the law as adopted, those governments that miss the deadline would turn that authority over to the state.”

That triggered a rush to codify cities’ own regulations. In an abundance of caution, although the League of California Cities became aware that lawmakers decided they goofed, it “is advising cities without regulations already in place to quickly pass complete bans on cultivation to assert their authority over the state,” according[3] to the Los Angeles Times. “Cities would retain the latitude to soften cultivation rules later,” the paper noted, adding that in San Diego, city officials are contemplating a moratorium rather than an outright ban.

In response to the unwelcome surprise, legislators have switched into high gear to reverse the trend. “The law’s authors are now scrambling to pass Assembly Bill 21, a bill that would eliminate the deadline and give local governments more time,” the Journal reported. Co-author Assemblyman Rob Bonta, D-Alameda, said municipal governments won’t face any pressure to slap on a ban by the first of March.

Gov. Brown promptly threw his weight behind the effort as well. “The governor supports allowing local municipalities a reasonable amount of time to come up with regulations that work for their communities,” Deborah Hoffman, his deputy press secretary, explained via email, according to the Journal.

At the same time, the march toward marijuana legalization has advanced apace. “California’s legislative analyst and finance director estimate that legalizing marijuana for recreational use could net as much as $1 billion in new tax revenue for the state and local governments,” the Associated Press reported[4]. “Finance Director Michael Cohen and Legislative Analyst Mac Taylor produced the estimate based on the provisions of the leading pot legalization initiative proposed for the November ballot.”

That effort, backed by Silicon Valley heavyweight Sean Parker, has managed to sideline the state’s other major initiative. ReformCA has yet to officially endorse the Adult Use of Marijuana Act, which Parker and Lt. Gov. Gavin Newsom have supported. “But last month a majority of its board members voted to suspend the ReformCA initiative,” as the LA Weekly observed[5]; “the suspension of ReformCA’s own effort means, essentially, there is one initiative that appears to have the cash and organization to make it to the ballot in 2016.”

California recently suffered a new setback at the intersection of law enforcement and marijuana regulation. “Dozens of drug cases in Yuba and Sutter counties may be irreparably tainted and facing dismissal after a narcotics strike team officer and two associates were arrested on charges of transporting 247 pounds of marijuana to Pennsylvania,” the Sacramento Bee reported[6], referring to officers based in California. Sacramento attorney George Mull told the Bee, “Heath’s arrest stokes long-held suspicions in the cannabis community about rogue cops stealing pot in ‘smash and grab’ raids on growers. ‘Perhaps some law enforcement officers are seizing cannabis not because they see it as a violation of law but to seize a valuable crop for their own benefit,’ Mull said.”