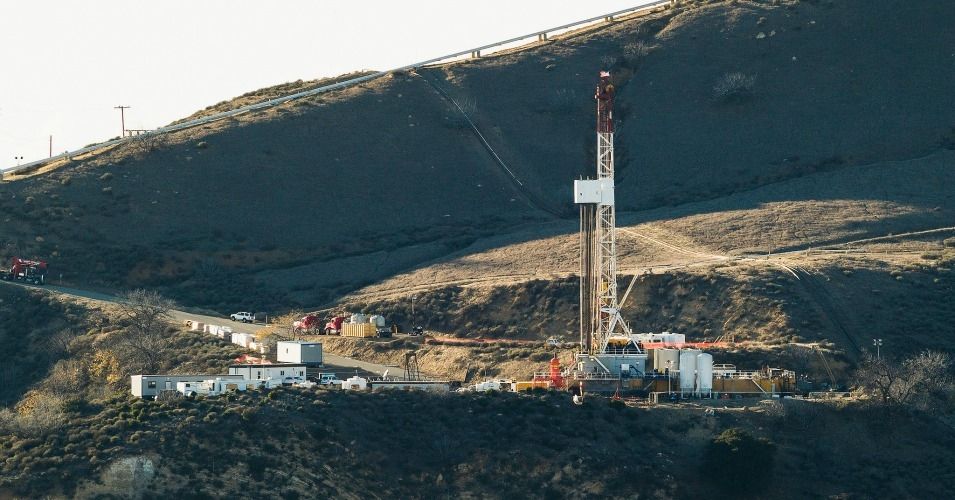 In front a background of a steady stream of work vehicles ascending the Santa Susana Mountains to the Porter Ranch Aliso Canyon methane gas storage facility, several state senators laid out plans for dealing with the leak’s aftermath once the leak is stopped. The trick is to make sure residents are safe while assuring that energy is available for millions of California’s businesses and residents.

Protesters from Porter Ranch and beyond have demanded that all gas storage facilities be shut down. Sen. Fran Pavley said the first order of business is to stop the leak. Then government must consider all options. She said that California’s growing population needs adequate supplies of energy. Even if the methane gas is considered a transitional energy source before more renewable energies take hold the transition cannot be done overnight, Pavley said.

Senate President Kevin de León said the goal is to permanently shut down the well that is leaking. Then, de León said, work must be done by all the appropriate agencies to determine which other wells should be shut down.

The examination the senators are proposing is not only for the Aliso Canyon storage facility, but also for all wells and storage facilities throughout California.

To that end, Sen. Pavley is proposing a number of measures to shut down and inspect old wells statewide, consolidate the efforts of numerous agencies that deal with a future leak under the Office of Emergency Services, and inspect all storage facilities in the state on an annual basis. Sen. Pavley said that more inspectors must be brought on to do the job.

At an AQMD hearing over the weekend, a lawyer for SoCal Gas said the company agrees with many of the steps put forth by government agencies, including funding a study on long-term health effects. The company spokesperson reminded the audience at the meeting that the gas is used to supply energy for residents, businesses, manufacturers, universities and the like all throughout Southern California.

Senators have proposed urgency legislation to install an immediate moratorium on new injections of natural gas and prohibit use of older wells until government agencies and outside experts determine that there are no public health risks.

The moratorium would call for action to “minimize or eliminate the use of the facility while still maintaining energy reliability in the region.”

The question is how much the moratorium will restrict delivery of gas to consumers.

The Senate effort is a balance to protect public health, assure a plan is in place to prevent or combat future similar circumstances, while providing for the energy needs of 21 million people in Southern California.