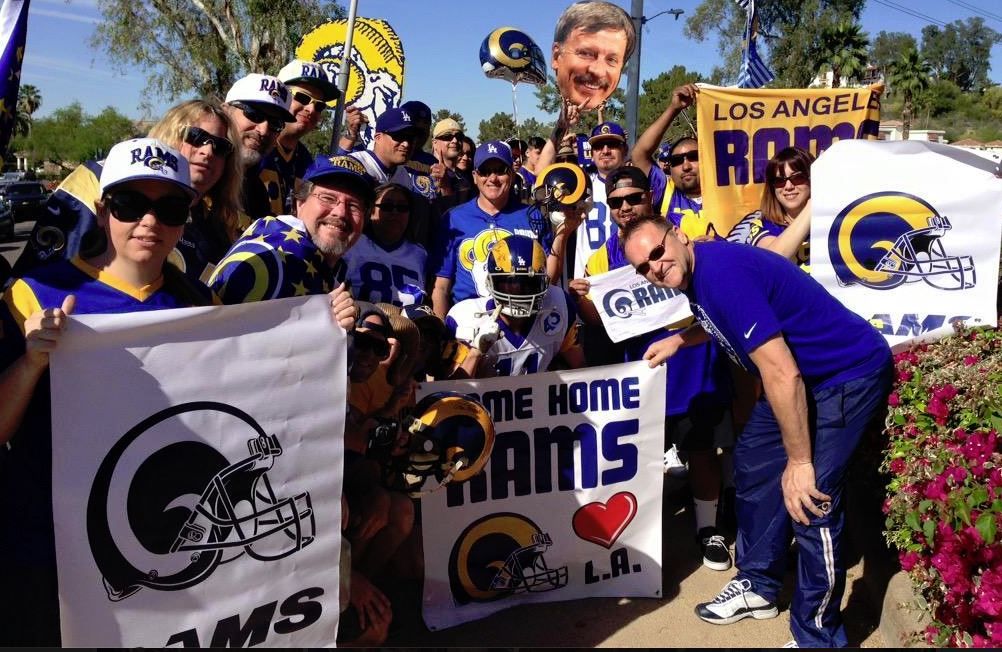 After a frenetic final sequence where NFL intrigue reached a fever pitch, team owners voted to approve the relocation of the St. Louis Rams to Los Angeles, with an option extended to San Diego’s disgruntled Chargers franchise.

“The Rams’ home will ultimately be on the site of the old Hollywood Park racetrack in Inglewood in what will be the league’s biggest stadium by square feet, a low-slung, glass-roofed football palace with a projected opening in 2019 and a price tag that could approach $3 billion,” according[1] to the Los Angeles Times.

The Chargers effectively have months to decide their fate — enjoying “a yearlong option to join the Rams, followed by the Raiders if the San Diego franchise declines,” according[2] to ESPN. But the Rams’ journey to Inglewood will begin immediately but take years to complete. “NFL owners in Houston voted 30-2 to ratify the Rams’ relocation application for an immediate move to L.A., where the team will eventually begin play at owner Stan Kroenke’s proposed stadium site in Inglewood in 2019,” NFL.com reported[3], calling the move “a seismic decision that returns the highest level of professional football to the country’s second-largest media market after a 21-year absence.”

“Per NFL Media Insider Ian Rapoport, the Chargers will have up until the conclusion of owners meetings (March 20-23) to decide if they’re playing in L.A. or San Diego in 2016. The window creates the possibility — however slight — that the Chargers could remain in San Diego. The city is hosting a June vote for $350 million in public funding toward a new facility to replace Qualcomm Stadium. It is possible that the Chargers put off a final decision until that vote takes place.”

The deal left the Oakland Raiders, L.A.’s third suitor, the odd team out. They had gambled big on a joint-stadium deal in Carson with the Chargers, hoping to ace out the Rams by granting the league’s wish to neatly usher in two, but not three, teams. “Oakland is still in debt from a renovation 20 years ago, when the Raiders moved back from Los Angeles,” ESPN noted. “City officials have said they won’t seek help from taxpayers with a new stadium, and they asked the NFL for more time to develop a project in response to the Raiders’ relocation plan. The NFL acquiesced.”

Oakland’s fans have retained the strongest loyalty and the greatest capacity for forgiveness among the three cities in peril of losing their franchises. But the fallout from the L.A. deal was far from over, as Oakland’s dismal financial situation with regard to the Raiders raised the sudden prospect that the storied East Bay team could pick up stakes for Texas. The team had previously considered a switch to San Antonio. “In 2014, the Raiders met with San Antonio officials about a potential move,” as Business Insider reported[4]. “While many shrugged that off at the time, there is now a feeling that such a move is possible. According to Jason Cole of Bleacher Report, the Raiders have already secured land in the Austin/San Antonio area for a potential stadium. With the Alamodome already in place, this strongly suggests that the Raiders could be playing in Texas as soon as next season.”

In Los Angeles itself, reaction to the upheaval has been moderate, if not muted. Despite the league’s fierce interest in shifting at least one team to the city, Angelenos and Californians more broadly have not agitated for a new franchise, and expectations for the Rams have already been set high by city locals. “So understand first that you’re here because you want to be here and because you think you can make money here, not because anybody was dying to see you again. Consider yourself lucky to be back on our turf,” Bill Plaschke wrote[5] at the Times. “You must win. You must entertain. You must do both with the sort of decency and integrity that makes us feel comfortable enduring long lines of traffic, long lines at bathrooms, and mosh pits in parking lots for a chance to watch you play.”