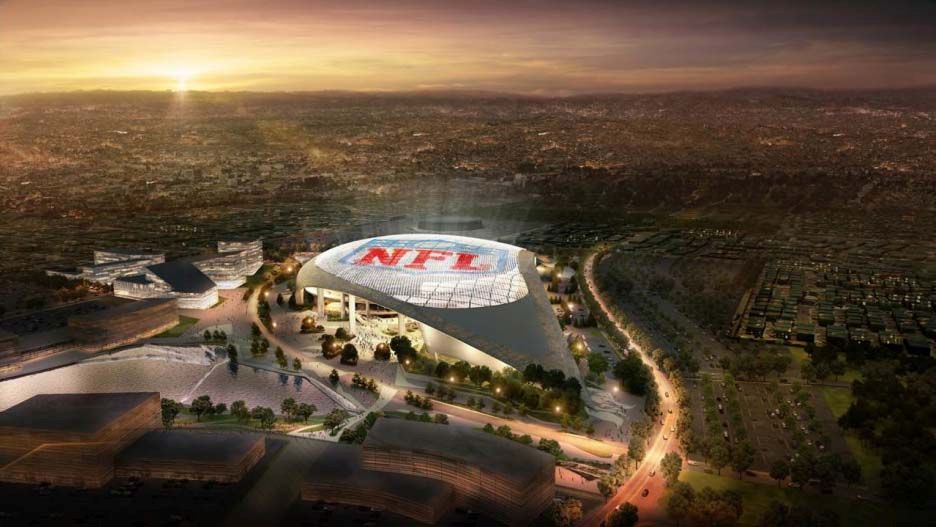 The drama over which of three cities would lose their NFL teams to Los Angeles ended decisively Tuesday night. On a 30-2 vote, NFL owners gave the go-ahead to having the St. Louis Rams move to L.A. next season in preparation for the 2019 opening of a stadium in Inglewood that Rams owner Stan Kroenke began prepping to build a year ago.

The Chargers were given a one-year option to move — an option that seemed far more like an unserious public-relations ploy to suggest that they hadn’t made their minds up than a sign they actually might not leave. Team owner Dean Spanos and his stadium point man, Mark Fabiani, have an awful relationship[1] with the San Diego establishment, starting with Mayor Kevin Faulconer. If the Chargers choose not to leave San Diego, the Oakland Raiders would then have a one-year option to move.

This followed a wild day at the NFL owners’ meeting in Houston. The NFL relocation committee initially voted 5-1 to support the Chargers’ and the Raiders’ plan to build a stadium in Carson, move their teams and lay claim to the Los Angeles market. That was followed by subsequent votes of all 32 owners in which 20 backed requiring the Chargers to abandon their partnership with the Raiders and share a stadium in Inglewood with the St. Louis Rams, and 12 backed the Carson plan.

As the day wore on, support emerged for a third option: clearing the Rams to move to Inglewood and build a stadium there, while allowing the Chargers to join the Rams in a year or two after reviving talks with San Diego officials on how to fund and build a billion-dollar-plus NFL stadium. That morphed into the decision to give the Chargers an option to stay in San Diego with a one-year window to join the Rams in Inglewood.

Until the stadium is complete, the Rams are expected to play temporarily at the L.A. Memorial Coliseum. If the Chargers join them, it’s unclear where they will play, though the NFL sees Angel Stadium, Dodger Stadium and even the Rose Bowl, which declined last year to bid on hosting a team, as potential options. …

The maneuvering between the projects included Disney Chairman and Chief Executive Robert Iger joining the Carson project pending its approval. In the weeks leading up to the vote, he vigorously lobbied for Carson, making phone calls to NFL owners, as did Carolina Panthers owner Jerry Richardson, who orchestrated Iger’s involvement. Iger presented Carson’s plan to owners Tuesday, along with Davis and Spanos.

According to many reports, the key to the NFL owners’ landslide vote was assuring the Chargers that they wouldn’t be in a completely subordinate position in sharing the Inglewood facilities with the Rams. Moving to Los Angeles would be much less of a bonanza for the Spanos family if it had to pay heavy rent and was shut out of many of the ancillary ways that stadiums and big mixed-use development projects make money. The Times put it this way:

In the last several days, fellow owners worked behind the scenes to bring Kroenke and Spanos together in an accord that allows them to be equitable partners in the Inglewood stadium. The only shared stadium in the NFL is in East Rutherford, N.J., which is home to the New York Giants and Jets.

So what’s next for the Raiders?

In an odd interview Tuesday night, owner Mark Davis suggested he might take his team to Great Britain or some other locale far from the western division of the American Football Conference; his team’s lease is up at what used to be known as the Oakland Coliseum.

But coverage [3]in the Bay Area has focused on the likelihood of the NFL pressuring the Raiders to play in Santa Clara at the 49ers’ gleaming 2-year-old Levi’s Stadium — with the sort of subservient relationship to the 49ers that the Chargers hope to avoid in Inglewood.