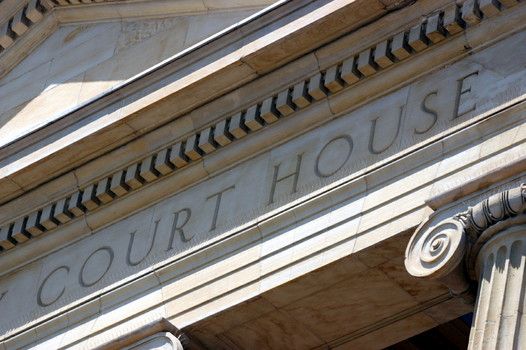 Critics of the U.S. Supreme Court’s decision in the Citizens United case cheered a ruling by the California Supreme Court, which cleared the way for a ballot measure that would express support for an end to the campaign finance regime the nation’s highest court authorized.

“The California Supreme Court ruled 6 to 1 this week that the state Legislature has the authority to ask voters whether the Legislature should propose an amendment to the U.S. Constitution to overturn the U.S. Supreme Court’s Citizens United decision,” as the Los Angeles Times noted[1] in an editorial.

Opinion has swiftly split on the wisdom of allowing a statewide vote on a political position rather than a piece of law. The San Jose Mercury News observed[2] that the court “for the most part upheld the state Legislature’s power to put nonbinding, advisory measures on the ballot — allowing state politicians to essentially test the waters on issues with voters without actually enacting new laws. The justices left some questions unanswered as to how far the Legislature can go in using such measures in the future.”

The lopsided majority “found that the Legislature has the clear power to seek voter input if considering ways to back a federal constitutional amendment,” the Mercury News continued. “However, the justices sent mixed signals on whether the ruling gives the Legislature blanket authority to use advisory measures to glean voter attitudes on other issues.”

Politically speaking, the decision made a strange fit within California’s prevailing partisan lines. Typically, Republicans incline toward supporting greater independence in the way states shape their policies, while Democrats often prefer that so-called laws of the land uniformly and unambiguously prevail across the country.

But the court opened itself up to criticism even from anti-Citizens United analysts by requiring state lawmakers to reintroduce legislation that would replace the original ballot measure in question, last election season’s Proposition 49. “The suggested amendment would have allowed for the full regulation or limitation of campaign contributions and spending for the purpose of ensuring that all citizens, regardless of wealth, may express their views to one another and to make clear that the rights protected by the United States Constitution are the rights of natural persons only,” according to Ballotpedia.

Michele Sutter, co-founder of the organization that originally sponsored the bill that became Prop. 49, took to the Sacramento Bee to express her disapproval of the hurdles set up by the court. “In a striking reversal, the state court concluded that Prop. 49 was wrongfully removed from the ballot. Unfortunately, the court’s muddleheaded meddling has left California voters, who were wronged in 2014, disenfranchised again in 2016,” she opined[3]. “Instead of ordering Prop. 49 directly to the November ballot, the court suggests that the Legislature can pass a new bill to do so.”

Last time around, Gov. Jerry Brown opposed the inclusion of Prop. 49 on the ballot, despite his longstanding opposition to the more corporate-friendly wing of his own party.  “We should not make it a habit to clutter our ballots with nonbinding measures, as citizens rightfully assume that their votes are meant to have legal effect,” he said, as the Los Angeles Times noted[1] in its editorial. “The problem with Proposition 49 was that it was a purely advisory referendum that would essentially have turned the polling place into a Gallup Poll, as if California voters need to further crowd a ballot already stuffed full of complicated initiatives and referendums,” complained the board.

But other liberals rallied to the court in the name of the bigger legislative picture. “This is good news for the fight for reform in California and nationally, as it provides legal justification and support for the use of advisory initiatives and referendums to build popular support for this necessary amendment — and to put pressure on lawmakers to act,” The Nation suggested[4]. “With Democratic presidential contenders Hillary Clinton, Bernie Sanders, and Martin O’Malley talking up the idea of an amendment, along with a majority of Democrats in Congress and a growing number of enlightened Republicans, there is momentum for reform.”