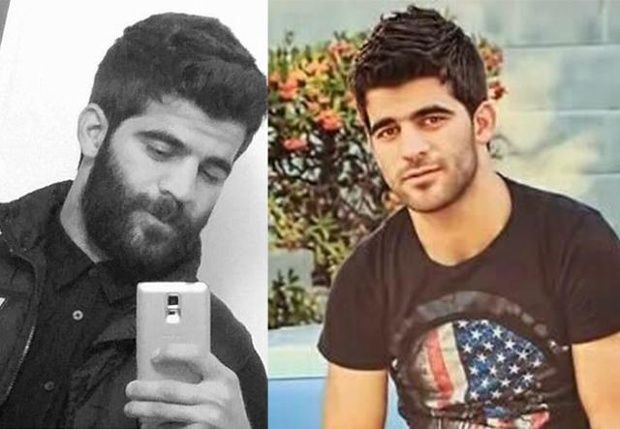 Two Iraqi refugees, one in California, have been arrested on joint terrorism-related charges.

“From his pictures on Facebook, Aws Mohammed Younis Al-Jayab looks like any other millennial with a wardrobe of Nike sneakers, Ray-Ban sunglasses and flannel shirts. But federal officials say the 23-year-old was living a double life — one as a refugee starting a new life in America and another as a young man anxious to return to the Middle East to fight in the Syrian Civil War,” the Daily Mail reported[1]. “The Iraqi-born Palestinian man was arrested Thursday in Sacramento, California on charges he was plotting to travel to Syria to join the al-Nusra Front terrorist organization.”

As the New York Times reported[2], Jayab’s alleged partner in the scheme, 24-year-old Omar Faraj Saeed Al Hardan, “was arrested in Houston and charged with three counts of attempting to provide material support to the Islamic State, according to a statement from the Office of the United States Attorney for the Southern District of Texas.”

“Prosecutors allege Al Hardan was coordinating efforts with another Iraqi refugee living in California, Aws Mohammed Younis Al-Jayab,” the Associated Press reported[3]. “The two men communicated through Facebook messenger from April 2013 to October 2014 and talked about getting weapons training and eventually sneaking into Syria to fight alongside the terrorist group,” according to prosecution witness Department of Homeland Security Special Agent Herman Wittliff.

While Al Hardan’s family has been evicted from their apartment, “Al-Jayab remains jailed in Sacramento, California,” the AP added. “Authorities say Al-Jayab fought twice in Syria, including with a group later affiliated with the Islamic State between November 2013 and January 2014.”

Hardan was denied bond by U.S. District Judge Lynn Hughes. Based on details relayed by Wittliff, he ruled “there would be a serious risk that the Iraqi refugee would flee if released from federal custody,” reported[4] Fox News. According to the channel, Wittliff “said that in addition to Al Hardan wanting to set off bombs at the two Houston malls, including the popular Galleria mall, the Iraqi man was also learning how to make electronic transmitters that could be used to detonate improvised explosive devices. Al Hardan wanted used cellphones — a collection of which were found in his apartment — to detonate the devices, Wittliff said.”

The arrests have fueled election-year concern, especially among Republicans, that U.S. screening processes have not been adequately tightened amid the rise of ISIS and the recent waves of Mideast migration it has caused. Texas Gov. Greg Abbott, a consistent critic of President Obama’s border and security policies, took the opportunity to press home the point. “I once again urge the president to halt the resettlement of these refugees in the United States until there is an effective vetting process that will ensure refugees do not compromise the safety of Americans and Texans,” he said, according to the Daily Mail.

And Texas Rep. Michael McCaul, currently pushing a bill that would mandate additional procedures, tied Hardan and Jayab to the broader security situation in a statement. “While I commend the FBI for their hard work, these arrests heighten my concern that our refugee program is susceptible to exploitation by terrorists. The president has assured us that individuals from Iraq and Syria receive close scrutiny, but it is clearly not enough,” he concluded, according[5] to the Christian Science Monitor.

“McCaul introduced the American Security Against Foreign Enemies Act last year, which calls for Federal Bureau of Investigation background checks in addition to initial Homeland Security screenings for all ‘covered aliens,’ or refugees with ties to Iraq or Syria. The bill passed 289 to 137 in the House in November.”