Michelle King was promoted to superintendent of the massive Los Angeles Unified School District last week and has since spoken about her hopes [1]for educational improvements, her interest [2]in single-sex schools and her doubts about philanthropist Eli Broad’s goal of a massive expansion of charter schools in her district.

But a big topic has never seemed to come up: the fact that LAUSD’s finances are in such grim shape the district could be headed for bankruptcy. That was the conclusion of a panel of experts asked by district leaders to do a de facto audit in response to criticism that the school board and then-superintendent Ramon Cortines weren’t being realistic about medium- and long-term costs of LAUSD’s operations. In November, the Los Angeles Times obtained a copy of the panel’s report and printed[3] key details:

The group, which met in private over the last several months, concluded that L.A. Unified will face a budget deficit of $333 million in the 2017-18 school year, an additional $450 million the following year and $600 million more the year after that.

If declining enrollment “cannot be reversed, the district’s future planning will be characterized by constant down-sizing and loss of revenue until the district reaches a new equilibrium at a lower, but sustainable, level,” the report said. If the district can’t adapt, it can’t remain viable, according to the report. …

L.A. Unified also spends more than it should on cafeteria operations and compensation for injured workers, the report said.

The panel made numerous recommendations, including: improving student and teacher attendance, offering an early retirement program, advocating for increased funding and reducing the total staffing in line with declining enrollment. 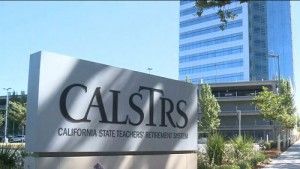 The experts’ report focused on costs that Los Angeles Unified officials could in theory contain or reduce. But it didn’t focus on a key reason that the district’s finances are about to get much worse because it is dictated by state law: the 2014 bailout of the California State Teachers’ Retirement System approved by the Legislature and signed by Gov. Jerry Brown.

While Brown in 2011 had released a pension reform blueprint that called for government agencies and their employees to roughly share the costs of pensions going forward, the CalSTRS bailout had far different terms. It requires total annual contributions to CalSTRS to go from $5.9 billion in 2014 to at least $10.9 billion in fiscal 2020-21. Of that additional $5 billion a year, 70 percent is to be provided by school districts, 20 percent is taken from the state general fund and 10 percent from teachers’ paychecks.

In Los Angeles Unified, the financial burden this adds to the district budget is immense, as LA School Report noted [4]in 2014 after the bailout was enacted:

While teachers and school districts across the state will see their contribution rates increase, LAUSD, the largest school district in the state, will pay the lions-share.

The rescue, which will help address a $74 billion shortfall in the teachers pension fund, requires school districts to radically raise their contributions to the fund from the current rate of 8.25 percent, to a rate of 19.1 percent by 2020. Teachers will see a more modest step up, from 8.15 percent to an eventual 10.25 percent of their salary, over the same seven year period. The state’s contribution will rise from 3 percent to 6.3 percent.

But in real dollar terms, the pension contribution price tag for LAUSD is steep: it will eventually more than double by the end of the phase-in period, from its current payment of $213 million per year, to $493 million per year by 2020.

“It is a daunting thought,” Dennis Meyers, executive director for governmental relations at the California School Board Association, told LA School Report.