Brown: State of the State is fiscal restraint 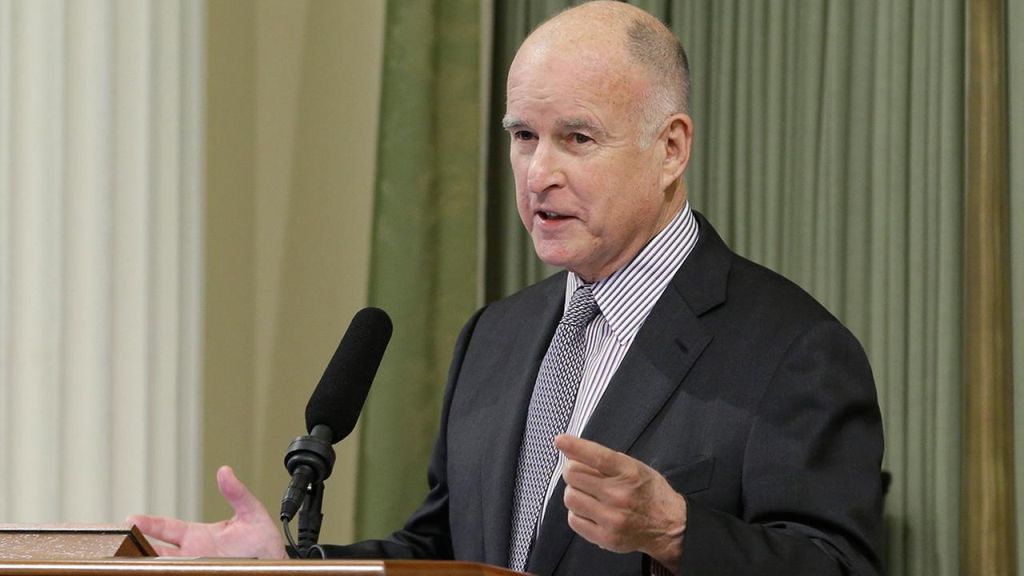 With a cautiously optimistic tone, Gov. Jerry Brown preached prudence on Thursday morning during his annual State of the State address.

The speech — courteous in its brevity, clocking in at under 20 minutes — touted accomplishments and initiatives, like a budget surplus, several credit upgrades, a rainy-day fund, increased education spending and a raise in the minimum wage. However, it was most notable for its call to pay down existing obligations before creating new ones.

“The challenge is to solve today’s problems without making those of tomorrow even worse,” Brown told a packed Assembly floor, arguing the need for preparedness for life’s uncertainty. “In that spirit, you are not going to hear me talk today about new programs. Rather, I am going to focus on how we pay for the commitments we have already made.”

On the budget — Brown released his version earlier this month[1] — the popular Democratic governor said that state economists predict that the next recession, if only of average intensity, “would cut our revenues by $55 billion over three years.”

“That is why it is imperative to build up the rainy-day fund, which was recently overwhelmingly approved by the voters, and invest our temporary surpluses in badly needed infrastructure or in other ways that will not lock in future spending,” Brown said.

Brown’s budget had revenue exceeding expectations by $3.6 billion, with most of the money being tucked into the rainy-day fund, according the Legislative Analyst’s Office.

While all the talk of fiscal restraint is likely to appease some concerns from the right, there was plenty to like for those on the left. On inequality, Brown touted a raise in the minimum wage, an Earned Income Tax Credit, paid sick leave and other traditionally Democratic priorities, including expanded access to health care under the Affordable Care Act.

“Most importantly – and this is truly monumental – we have wholeheartedly embraced the Affordable Care Act,” Brown said. “This is an historic achievement. It will provide health security to so many who could not otherwise afford it.”

Brown asked that legislators consider the revised managed care organization tax, a greater explanation of which can be found here[2] on the California Chamber of Commerce website.

Brown applauded the 51 percent increase in education spending since 2011 and spoke of the need for increased funding for roads. He touted the Paris climate agreement and the Prop. 1 water bond, noting the bond’s passage as one of the “bright spots in our contentious politics.”

The transcript can be found here[3].

The proposed budget can be found here[4].

The LAO’s analysis of the budget can be found here[5].