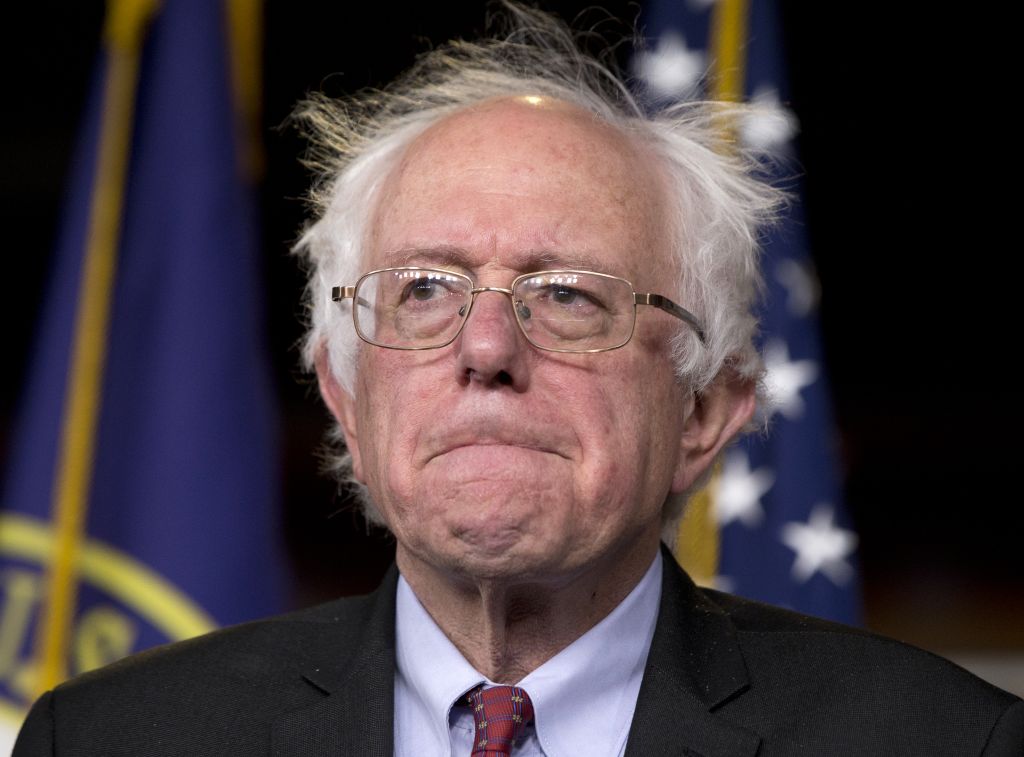 California Democrats divided amidst their own dominance — along lines of class, geography and spending policy — can add another fracture line to the mix: the race between Hillary Clinton and Bernie Sanders for their party’s presidential nomination.

“En route to Hillary Clinton’s expected coronation as the Democratic presidential nominee, her party has been caught in an ideological clash pitting the former secretary of state’s loyalists against the factions backing Vermont Sen. Bernie Sanders,” the Los Angeles Times reported[1]. “The feud is blazing not only nationally but in blue California too, where it is one of several schisms among Democrats.”

On the left, some observers reaching for an analogy to Sanders’ surprising strength as a candidate have invoked Upton Sinclair, a hero of Sanders’ who pulled a similar political move in his own rise to prominence. “[T]he closest antecedent is the campaign that socialist author Upton Sinclair waged for governor of California in 1934,” suggested[2] Harold Meyerson, executive editor of The American Prospect, in the Los Angeles Times. “In the depths of the Depression, just one year after Franklin Roosevelt became president, Sinclair switched his party registration from Socialist to Democrat, a change unaccompanied, however, by shifts in his beliefs or ideology.”

As Sanders has exploited Clintons’ weaknesses as a candidate, putting both Iowa and New Hampshire in play, the Clinton campaign has shifted toward a combative approach that has not only raised eyebrows in its treatment of Sanders, but has also targeted Republicans in a way that could have unanticipated consequences in places like California, whose support Clinton has taken for granted.

Clinton, for instance, has risked an open disagreement with Sen. Dianne Feinstein over Inspector General Charles McCullough, who has been accused by the campaign of collaborating with Senate Republicans to push his view of the potential illegality of Clinton’s handling of confidential information in emails. Clinton spokesman Brian Fallon told CNN he thought McCullough “put two Republican senators up to sending him a letter so that he would have an excuse to resurface the same allegations he made back in the summer that have been discredited,” according[3] to McClatchy.

But Feinstein has long been a McCullough supporter. “He has long experience conducting investigations both as an inspector general and a FBI agent,” she said in a 2011 floor speech, McClatchy noted. “He is an attorney and is well-familiar with the intelligence community.”

Meanwhile, confidence in the Sanders camp has run high on the strength of poll numbers in states like California. Although Clinton still maintains a sizable lead over Sanders in the Golden State, the campaign’s deep dive into trends among state Democrats have convinced them that they can put its kind of voters in play after a strong showing in early primaries. Talking to the Washington Post, Tad Devine, chief Sanders strategist, cited[4] a recent Field poll in California that showed[5] Sanders at 35 percent to Clinton’s 46 percent — up from a February showing of just 10 percent — and a swing in Latino support for Sanders from 3.2 percent in May to 35.3 percent this month. “And that all occurred in a state where we have had no paid media,” he added. “I think it bodes well for our potential to win substantial support from Latinos, African Americans and others as they come to know more about Bernie and his plans for their future.”

Contributing still further to the fog of war surrounding Clinton’s campaign, analysts have begun to divide on the question of whether Donald Trump could pose a surprising challenge to her establishmentarian candidacy in states that have traditionally been safe for Democrats. In a conversation with Politico, Trump campaign manager Corey Lewandwoski said[6] the candidate “could expand the electoral map to include California, Illinois and New York.” Although “many Republicans say Trump’s nomination would hand the presidency to Clinton,” Politico observed, “others see the former secretary of state as a deeply flawed candidate who could squander Democrats’ structural advantages in the race, including in a matchup with Trump.”
Endnotes: