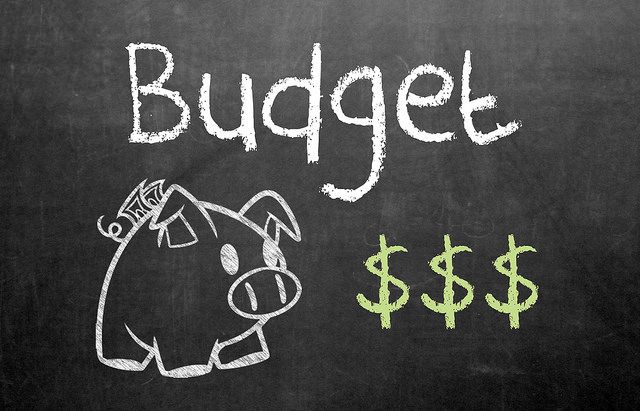 In Gov. Jerry Brown’s State of the State Address[1] last week, he noted that California’s budget has repeatedly failed to prepare for recession, resulting in “painful and unplanned-for cuts” to schools, child care, courts, social services and other programs. He added, “I don’t want to make those mistakes again.”

But the governor’s proposed $170.7 billion budget[2] ($122.6 billion general fund) for the 2016-17 fiscal year would lead to repeating that mistake when the next recession hits.

Revenues will plunge $55 billion over three years if an average recession hits next year according to the budget summary[3]. That would result in a $29 billion budget deficit in 2020 based on Brown’s current spending proposal, which includes $4 billion in one-time expenditures. If the Legislature instead spends that $4 billion on new or ongoing programs, the deficit would balloon to $43 billion – larger than occurred during the Great Recession.

California is in the seventh year of economic expansion. That makes it two years overdue for a recession, which has occurred every five years on average, according to Keely Bosler[4], chief deputy director of the California Department of Finance.

“While there is significant uncertainty in forecasts, there is one thing that is quite certain: and that is history,” Bosler told the Senate Budget and Fiscal Review Committee Jan. 19[5]. “It’s this boom-and-bust cycle that this budget really aims to avoid going forward.” But she acknowledged that “the budget in the state of California does remain precariously balanced over the long term.”

“We must keep in mind that though times are a little bit better, some parts of our economy have not improved,” he said. “And therefore we must exercise constraint and not get overly ambitious. And that will be what governs our progress in the budget. Let’s not get overly ambitious, and let’s not let government get out of control.”

But Democratic legislators are eager to spend some of the budget surplus on ongoing social programs, particularly for the developmentally disabled, instead of socking it away in the state’s rainy day fund – despite the likelihood that doing so could once again bust the budget.

“It shouldn’t surprise any of us that a recession is at hand. The question is when, not if,” said committee Chairman Sen. Mark Leno[8], D-San Francisco. “At the same time, an additional $2 billion set aside in the rainy day fund above and beyond what voters told us they’d like to see in it – that I think will be at least part of the playing field of our debate.

“What is appropriate for continuing payment of debt and for reserves, at the same time recognizing that so many Californians who have been hurt at the time of the recession have not seen much recovery or reinvestment in the programs for which they rely for their quality of life?” Sen. Leno asked.

Proposition 2[9], passed in 2014, requires that $2.6 billion in this year’s budget be placed in the rainy day fund. Brown has proposed adding an extra $2 billion to the fund. That would bring the total to $8 billion (with previous funding), equating to two-thirds of the constitutional target of 10 percent of general fund revenues, according to Bosler.

But legislative analyst Mac Taylor[10] warned the committee that, while it’s good to beef up state reserves, the Legislature would be unnecessarily tying its hands by going along with Brown’s extra $2 billion in the rainy day fund, which is known formally as the Budget Stabilization Account.

“We would caution you not to put extra money into the BSA,” Taylor said. “Once you put it in the BSA, it’s governed by the rules in the BSA. You can only take out half the monies, if you have a downturn, in the BSA. You might imagine a situation when you might want to take out more in the first year.”

Also up for grabs by the Legislature for whatever purpose it chooses is $1.1 billion from a tax on managed care organizations, an expenditure that Brown left unspecified, according to Taylor. In addition, he told the lawmakers that they could decide to siphon off some or all of the $2.5 billion Brown has proposed to spend on infrastructure, including $1.5 billion for state facilities.

“When it comes to one-time spending, the governor has focused on infrastructure,” said Taylor. “We think that’s a very positive thing. But keep in mind you have other one-time things that you can spend on. We have very high-cost pension and health retiree liabilities that are accruing costs at 7½ percent a year. So you may want to make additional payments to help fund those and pay those liabilities off. There’s no right choice.”

If the lawmakers do decide to spend the money on infrastructure, they should exercise more control on how it’s spent, instead of leaving it to the administration, Taylor said.

But Leno was more concerned about providing enough “human infrastructure” to help the state’s neediest residents.

“What I’m hearing is regarding developmentally disabled services that housing units are being lost, facilities are being closed,” Leno said. “Employees at the community-based organizations that supply services are leaving because the employees can find much better jobs than the $13-$14 per hour that some are being paid after 20, 25 years of service. What happens to that infrastructure?”

Taylor responded that there’s been a large growth in spending on the developmentally disabled due to the large increases in caseload. “But you can have just about every program and area of the budget come and tell you that they need a lot more,” he said.

Spending on regional centers for the developmentally disabled has grown by 24 percent in recent years, according to Bosler. “This is well beyond caseload and inflation,” she said. Contributing to the higher costs is California’s aging population, which requires more services and support, along with the rise in autism.

But Leno wasn’t satisfied, saying that the cuts made to social services during the Great Recession have yet to be fully restored.

“Do we want to suggest that even in these boom times that this is our new normal?” he asked. “Or do we have a goal of getting back to where we were at least in adjusted dollars to the 2008 level at some point? If not now, then the question is when. It certainly won’t happen during the next downturn, and quite likely we will have to make additional cuts. We continue to create a new normal level funding which is ever, ever lower.”

Power Over the Budget

Nielsen called the budgeting process itself into question, asserting that it gives too much power over spending to the governor.

“We’ve abdicated our authority over the budget,” he said. “I believe that we are almost making the Legislature irrelevant. Maybe we go through the exercise and pound our chest and try to think we’re important. And this has been a steady erosion over a long period of time.”

Taylor responded that budgetary authority is hard to get back after being given away. He cited the state’s ballot measures as contributing to the problem.

“Almost every initiative that has increased a tax in the last 20 years has dedicated the funds for particular purposes,” he said. “From a budgeting perspective, that’s just a terrible development. No matter how well meaning or how well purposed they may have been in the first year that that measure was passed, that’s not what budgeting is about. It’s about changing priorities, as you know, and being able to make decisions.”

Legislative budget committees plan to hold numerous hearings in the coming months to gain more insight into and provide input on the budget before the governor’s planned budget revision with updated revenue and expenditure figures in May.