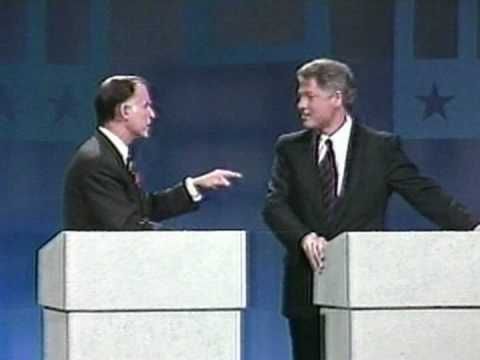 Does the three-time White House hopeful read about Hillary Clinton’s slide and left-winger Bernie Sanders’ surge in their presidential duel and wonder whether party leaders might, in desperation, turn to a popular, seasoned big-state governor who’s just a few years older?

This prompted some reaction in political circles before it was drowned out Saturday by reports former New York Mayor Michael Bloomberg might make an independent bid for the presidency.

But there are two interesting angles here worth noting. One is that the presidential candidate that Sanders most sounds like is arguably … Jerry Brown, the 1992 version.

Running a not infrequently angry populist campaign, Brown vowed to “take back America from the confederacy of corruption, careerism, and campaign consulting in Washington.” He called for term limits on Congress and vowed to take contributions only from individuals and in amounts no greater than $100. In those pre-Internet days, Brown financed his campaign largely through an 800 number, which he flogged relentlessly. Just as some do with web sites URLs today. …

In addition to his now customary themes on renewable energy and climate change, Brown championed a progressive version of a flat tax (in which corporations and some wealthy individuals would pay more), living wage measures and a single-payer health care system, and questioned international trade deals.

In 2016, this sounds far more like Bernie Sanders than Jerry Brown’s current iteration as fiscal hawk who plays mostly small-ball politics, except on the environment.

The other interesting angle is that there may be no more prominent Democrat in America to publicly hold a low opinion of Bill and Hillary Clinton than Brown. In  the 1992 presidential race, as the Christian Science Monitor notes[3], the bad blood was plain to the world:

They slammed each other’s positions and records, sometimes falsely – Clinton suggesting that Brown had raised taxes during his first stint as governor, Brown alleging that Clinton (as governor of Arkansas) had directed state contracts to Hillary Rodham Clinton’s law firm in Little Rock. And of course it’s all on tape[4].

Since then, Brown has had little good to say about either Clinton. In a March 2015 Washington Post story [5]about his decision not to run for president again, Brown was asked about his relationship with Bill and Hillary Clinton. His vague response: “It’s all been written about.”

And Brown wouldn’t give her a pass on a controversy that is still in the news.

When asked about the recent controversy over Hillary Clinton’s use of a private email account as secretary of state, Brown said he is not convinced the issue [6]is a passing storm, as many other Democrats contend.

“I don’t know that,” Brown said. “With these things, what makes a difference, you often don’t know until it unfolds because nothing is just what it is. It’s always in part of a larger context. Things unfold and things happen.”

Brown singled out Arkansas to mock

More recently, during his only debate with Republican challenger Neel Kashkari in 2014, Brown held up the Clintons’ home state for ridicule when he was asked about California’s ability to deal in the long term with its large unfunded pension liabilities.

“Are we in Arkansas or Mississippi? This is the eighth-largest economy in the world,” he said, ridiculing the idea that the nation’s richest, most populous state would struggle with such a challenge.

When singling out states that are considered the most socially and economically backwards, comedians and social media yuksters usually cite Mississippi [7]or West Virginia[8]. But not Jerry Brown.