Another deadline delay for Covered CA 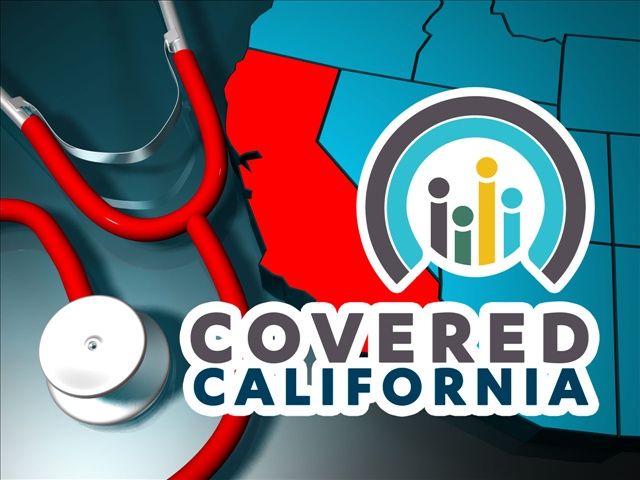 Whether confused, unsure, busy or just procrastinating, Californians won yet another deadline extension for signing up with the state’s Obamacare exchange for health insurance coverage. Anyone who initiated enrollment prior to last Sunday’s deadline “will earn another week to finish up,” as Southern California Public Radio observed[1].

The current enrollment period, the exchange’s third since the Affordable Care Act began to be implemented, offered its officials — and allied Democrats — an opportunity to breathe a sigh of relief. After a very rocky start, especially through the federal enrollment process, Obamacare found traction as its parallel expansion of Medicaid coverage gained adherents even among some Republican governors. But even though critics have contended that the evidence suggests Obamacare still faces a cloudy future, Covered California has so far managed to rack up the kind of enrollments capable of keeping it going.

At a recent press conference, top California Democrats touted the state exchange’s numbers to date. “Nearly 1.3 million people have received access to vital treatment at top hospitals through the health insurance program known as Covered California since it launched in January 2014, Democratic Leader Nancy Pelosi announced this week at a press conference held at UC San Francisco,” the university reported[2].

On the other hand, Peter Lee, the exchange’s executive director, also used the conference to warn residents that penalties for flouting the individual mandate would go into effect, warning Californians to sign up “rather than send a check to the IRS.”

The so-called “tax penalty” referenced by Lee, which the Supreme Court authorized to enforce the implementation of Obamacare, has now been expected to “run into thousands of dollars,” according[3] to the Sacramento Bee. To avoid the lower enrollment numbers, riskier pool of insureds, and bad business and political publicity associated with them, Covered California officials went into overdrive this year to keep signup numbers looking respectable enough to keep off critics’ heat. “They’ve spent $29 million on advertising, opened 500 storefronts, beefed up call centers and trained hundreds of health insurance enrollment counselors who speak 12 languages, from Arabic to Vietnamese,” as the Bee reported. “They’ve also rolled through 21 cities in a statewide bus tour to highlight this year’s open enrollment season, projecting the words ‘Enroll Now’ on iconic buildings such as Sacramento’s Tower Bridge and San Francisco’s Coit Tower.”

Covered California was rewarded with an uptick in signups, which, in an apparent irony, created administrative burdens great enough to force the extension. “Friday’s announcement came after a surge of enrollment, which saw tens of thousands sign up for health care plans this week leaving certified enrollers with more applications to file before the deadline Sunday,” the Orange County Register noted[4]. “The extension will help prevent consumers from getting turned away just because they got ‘caught up in a wave of last-minute shoppers,'” as Lee described the situation.

Although the federal government did not offer a similar extension through its own web portal for signups, analysts surmised that California faced some problems similar to those that have plagued Obamacare’s online registration process in the past. “In previous years, the federal government was forced to extend the open enrollment deadline because of glitches with its website, long wait times for customers and other technical issues with the enrollment process,” the International Business Times noted[5].

“This year, California likely faced similar issues, as the California Health Care Foundation found in an analysis that customers frequently struggled to complete online applications, even if they spent hours trying to figure them out.”

Whereas Maryland, another state to extend its deadline, had to contend with customers impacted by the massive blizzard that recently hit the eastern seaboard, California didn’t put forward weather as an excuse, the IBTimes added.