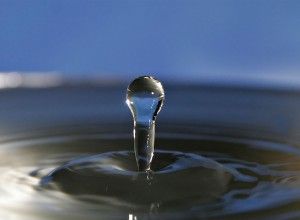 State officials measured the Sierra Nevada snowpack for the second time in 2016 on Tuesday, and once again the news was good. Capital Public Radio has the details[1]:

The latest measurement …  showed that the “snowpack is growing quite nicely.”

Frank Gehrke, chief of the California Cooperative Snow Surveys Program for the California Department of Water Resources, said the measurement was 130 percent of average at Phillips Station off Highway 50 near Sierra-at-Tahoe Road. He says the storms are making a difference in building snowpack so far this winter.

“These are not major storms, but they are making a difference in terms of snowpack accumulation,” Gehrke says. Gehrke says “this snow is not going anywhere” and will be important for “reservoir recovery.”

While the snowpack is the most crucial measurement, since the water it provides lasts for months to come and helps communities statewide, the drought news was also good on many other fronts. Here’s one example:

San Francisco recorded an impressive 6.94 inches of rain during the month, far above the 4.5 inches it averages in January and the most the city has seen in any January since 2008 … . The total, in fact, is more than the city received over the past five Januarys combined. (Don’t forget: San Francisco saw no rain for the first time in 165 years of record-keeping in January of last year.)

That’s from the San Francisco Chronicle[2].

But as the Sacramento Bee reported, state officials object to any complacency[3] on the drought front:

California’s drought regulators agreed Tuesday to extend water conservation mandates through the end of October. The decision came in spite of increasing evidence that El Niño is delivering better-than-average precipitation, including an encouraging measurement of the Sierra Nevada snowpack recorded just hours earlier.

The new regulations adopted by the State Water Resources Control Board mean urban Californians will have to reduce their water usage between March and October by about 23.4 percent compared with the baseline year of 2013.

That represents a slight easing of the existing mandates expiring this month, which require a savings rate of 25 percent compared to 2013. Sacramentans will be among the main beneficiaries of the relaxed rules, as the state board voted to ease requirements for hot inland communities where it takes more water to keep trees and lawns alive.

Nevertheless, as CalWatchdog reported on Jan. 19[4], state officials have already acted to ease conservation rules announced by Gov. Jerry Brown a year ago. Bureaucrats appear to be trying to strike a balance — acknowledging good news on the water supply front without discouraging conservation efforts that have been strikingly successful[5] at times.