Green targeting of dissident CA Dem off to bad start 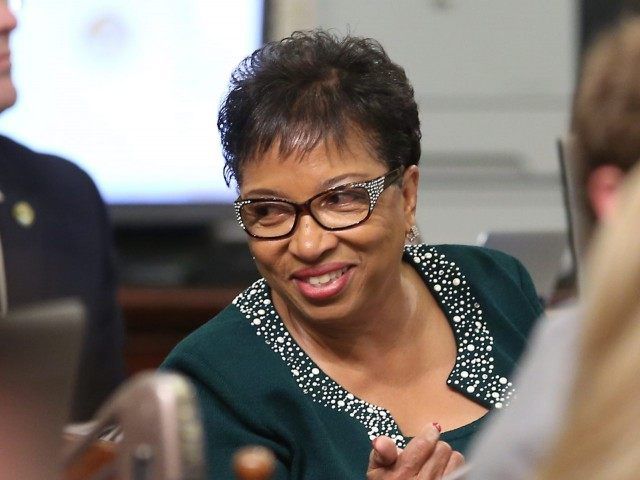 Assemblywoman Cheryl Brown, a moderate African-American Democrat from San Bernardino seeking her third term, has brushed back the first challenge to her re-election by Eloise Reyes, a Colton attorney strongly backed by environmental groups. Brown easily won her local party chapter’s “pre-endorsement,” getting 70 percent of an informal vote at a recent Democratic Party gathering in San Bernardino — undercutting greens’ claims she was out of touch with her constituents.

In comments to the Riverside Press-Enterprise after her triumph, Brown appeared to directly respond to the notion she didn’t know her district:

“I’ve always believed that the Democratic Party is the party of inclusion that seeks to represent all voices in the community,” Brown said. “I’ve listened closely to the community, voted on legislation with my conscience, and understand the awesome responsibility that has been given to me to represent the Inland Empire as an assembly member.”

The Brown-Reyes fight threatens to open up a rift between African-American lawmakers and environmental groups. Sierra Club California director Kathryn Phillips’ comments to the Sacramento Bee in a Jan. 12 story about Brown were seen as condescending in some quarters.

“There’s no doubt Ms. Brown, who’s a very nice person, has not been representing her constituents when it comes to environmental issues, particularly clean-air issues,” Phillips told the Bee. “She’s collected too much money from the oil industry and let that guide too many of her votes.”

Phillips, who works out of Sacramento, is a white UC Berkeley graduate who used to work[1] for the Environmental Defense Fund. Brown, who turns 72 next week, has been a fixture[2] in the Inland Empire African-American political establishment for more than three decades. She co-founded a weekly publication that focuses on black issues in 1980 and has worked on a wide variety of African-American causes in western San Bernardino County.

“The environmental community, and the broader environmental coalition, needs to figure out whether or not it’s going to be a collaborator and … work with black California on policy, and shared political goals, or if it will be an adversary.”

That’s also from reporting by the Bee.

One unexpected twist in this political rumble is the harshness of the indirect, unusually personal potshot taken at Brown by a fellow Inland Empire elected Democrat. In a statement released by the Reyes campaign[3], state Sen. Connie Leyva[4], D-Chino, said she supported Brown’s opponent because “she was a principled human being.”