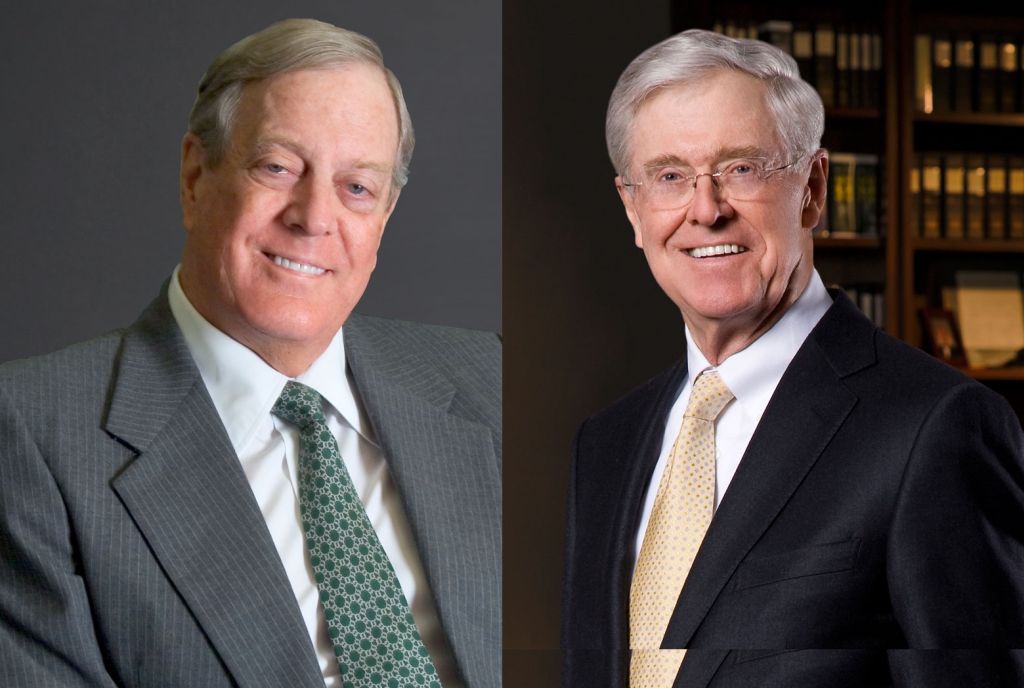 With the Republican primary race for the presidential nomination still remarkably fluid, donors and campaign heavyweights gathered under the Koch brothers’ aegis in the California desert to discuss — and possibly shape — the party’s political future.

The event, located in Indian Wells, boasted the largest group of attendees in its history — around 500, according[1] to BuzzFeed News. Participants “were briefed behind closed doors on the 2016 landscape and on of each of the presidential candidates’ policy positions early Sunday morning by two of the top officials from the Koch network,” the website noted. “Although the seminar stuck to policy during the 2016 briefing, presidential politics and the future of the party were on the minds of a lot of the donors.”

Unsure who was going to place where in this week’s first-in-the-nation Iowa caucuses, anxiety around Donald Trump’s prospects ran high. “Top supporters of Senator Marco Rubio of Florida and Senator Ted Cruz of Texas held private meetings to sway potential new recruits at the annual winter conference,” according to one participant, the New York Times’ Nicholas Confessore reported[2], adding that “officials with the Kochs’ political operation also began sounding out allied donors about a potential campaign” against Trump, “whose evolving views on issues like corporate subsidies put him at odds with the Koch network’s own policy priorities.”

Although Cruz managed to best Trump in Iowa, with Rubio coming in a surprisingly strong third, Trump had pulled into a substantial lead over the rest of the field in the run-up to Iowa, aggravating fears among donors and more traditional Republicans that the insurgent mogul could use a dominant first-place showing to break the spirits of his rivals and run the primary-season table. Instead, Cruz’s victory — which has deepened a different sort of anxiety among some established members of the donor class, who believe Trump to be more electable and open to influence than Cruz — wound up heartening many Koch attendees, who are inclined to view Cruz more favorably than Trump.

Still, the Trump factor left attendees cagey in Indian Wells. “Despite Trump rankling donors for months, the Kochs’ political network and its members were reluctant to do anything that might cause him to launch a third-party bid, sources said this weekend,” according to BuzzFeed News. “Also, there was concern that attacks from the Koch brothers and their allies could have potentially added to Trump’s momentum and his populist appeal with the GOP base.”

Cruz and Trump, once willing to treat one another with relative kid gloves, have been drawn into an increasingly fierce competition as they bump up against each other at the top of the polls. “Cruz and Donald Trump are now knotted in a statistical dead heat for top support among California’s likely GOP voters five months before the state’s primary,” the San Jose Mercury News reported[3]. “The poll may mark the end of the blustery billionaire businessman’s dominance in California. It shows Cruz probably has room to grow his Golden State support even further, while Trump’s already might be maxed out.”

But some pro-Republican analysts have cautioned that Cruz is too conventionally conservative to draw disaffected former Republicans and so-called Reagan Democrats into the fold — especially in states like California, where those sorts of likely voters are plentiful. “According to what one of the state’s most reputable voter list companies told me not too long ago, there are about 340,000 ‘decline-to-state’ voters in California who are former Republicans, and who have a reliable voting history,” wrote[4] James Lacy at the Orange County Register. “This special, large group of voters should be a big focus of the Republican Party’s attention right now. And the best way for these voters to empower themselves is to re-register Republican.”