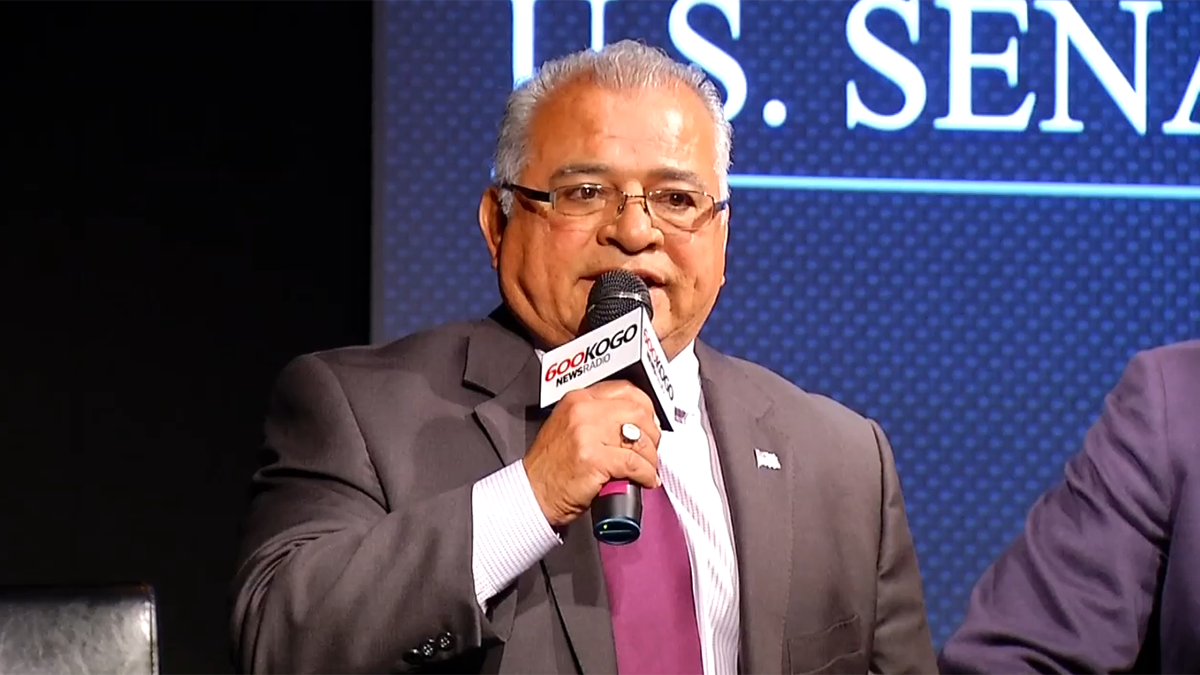 In dramatic fashion, Assemblyman Rocky Chavez announced Monday he was suspending his campaign to replace the retiring Democratic Senator Barbara Boxer while at a debate for that seat.

“I think the best role I can fill for the Republican Party and moving the agenda forward … is to run for my Assembly seat,” the Oceanside Republican said during the debate’s opening comments[1]. “I’m not going to be running for the United States Senate, and I’ll leave the field right now.”

Chavez had struggled to keep up financially. As of the end of 2015, Attorney General Kamala Harris, the Democratic frontrunner, had nearly $4 million in the bank. Rep. Loretta Sanchez, D-Garden Grove, was relatively close with $2.1 million.

And Chavez had $369. Just for comparison, California’s other Democratic senator, Dianne Feinstein, spent $12.1 million to retain her seat in 2012 — and a million wasn’t even close to enough for her Republican challenger.

Although in Chavez’s speech he said he was falling on his sword for the good of the party and the seat, the other Republicans running for the seat still face long odds, with Democrats in the state outnumbering Republicans 43.2 percent to 28 percent (23.6 percent have indicated no party preference).

According to a Field Poll last month[2], Harris led with 27 percent with Sanchez trailing at 15 percent. The three Republicans had a combined 13 percent (with Chavez ahead at 7 percent) and 44 percent still undecided.

And the Republicans’ chances are even murkier now in the heavily Democratic seat as California in recent years moved to a jungle primary where the top two advance to the November general election regardless of party.

Throughout the 2014 primary, voters saw minority party candidates squeak through to the general when enough candidates from the majority party split the vote, which will be Sundheim and Del Beccarro’s best chance (although either’s prospects are hurt with the other in the race as well because they’re also splitting votes).

Back In The Assembly

Chavez’s recommitting to his Assembly seat does add intrigue there, however. While the seat has a 6 percent tilt towards Republicans, Chavez won re-election in 2014 with 66.9 percent against another Republican.

The two Republicans already running have a sizable fundraising advantage over Chavez. Phil Graham, the stepson of former Gov. Pete Wilson has $221,000, while Oceanside City Councilman Jerry Kern has $138,000.