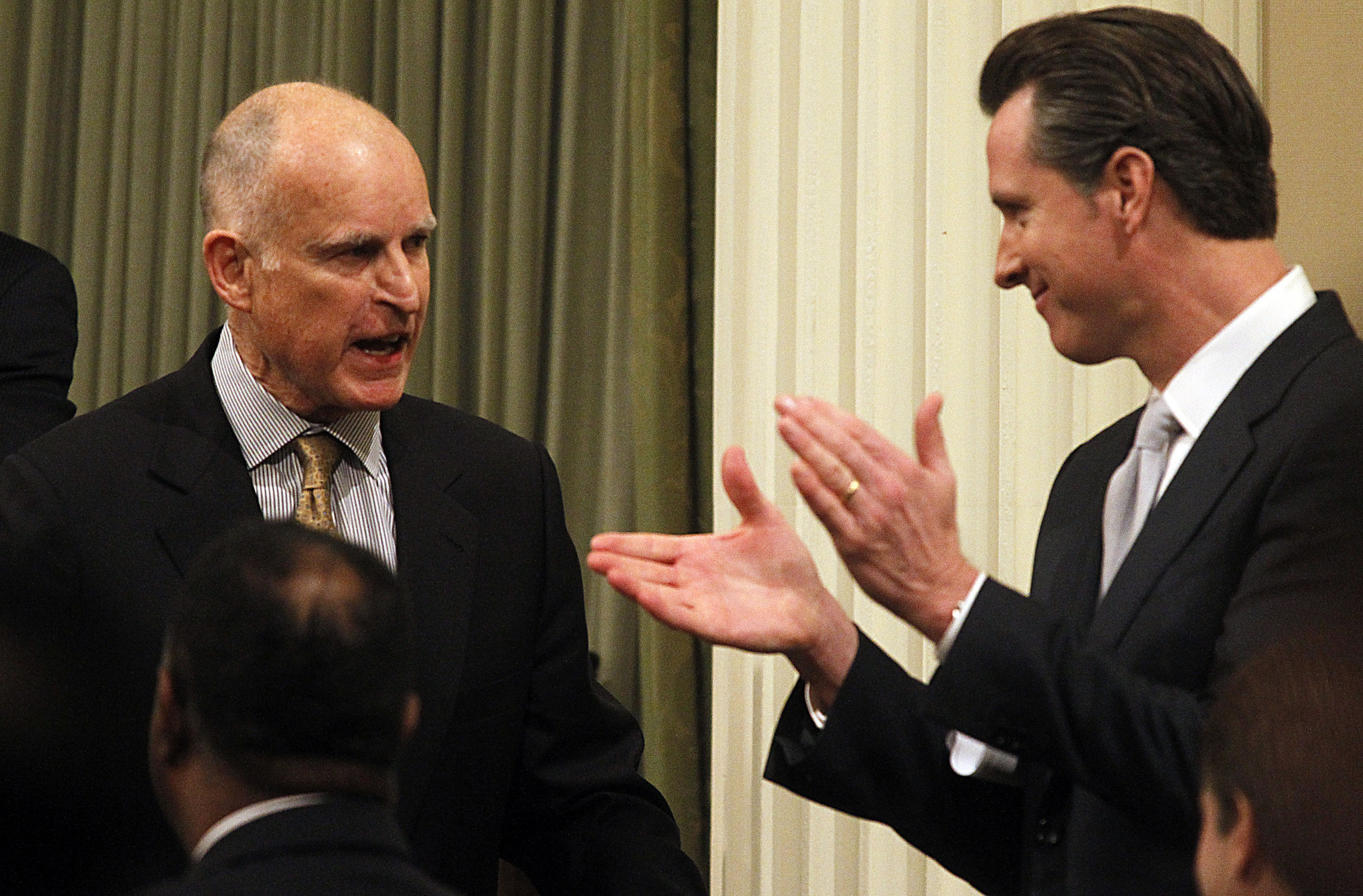 The competition to replace Gov. Jerry Brown in 2018 has already heated up, with five prominent California Democrats already campaigning or angling to throw their hat in the ring.

Along with Lt. Gov. Gavin Newsom, who sought to get ahead of the pack by leaping in first, and former Los Angeles Mayor Antonio Villaraigosa, a perennial floated candidate for higher office, state treasurer John Chiang and billionaire activist Tom Steyer faced likely competition from former controller and 2006 gubernatorial candidate Steve Westly.

With the exception of Chiang, the crop of candidates and plausible candidates have been distinguished by either their wealth, their ambition, or both. Newsom was famously humbled by Gov. Brown, chafing under the marginal role he has had to play in office. “He’s busily raising money and trying to get as much media attention as his powerless office allows,” Dan Walters observed[1] at the Sacramento Bee. Villaraigosa, Walters added, also sidelined over the past several years with a combination of personal and professional criticism, “is trying to maintain a presence by traveling the state on what he describes as an effort to educate himself about its issues.”

Known across the country, at least by Democrats, Tom Steyer has ranked among the biggest money players in party politics. Steyer “has used his political action committee, NextGen Climate Action, to bring climate issues to the forefront of policy discussions,” the Los Angeles Times noted[2] — an approach that succeeded in landing him a spot at last month’s annual House Democratic Caucus meeting.

During the 2014 election cycle, Steyer dumped about $67 million into NextGen — making him “the country’s biggest individual political donor” that year, according[3] to an analysis by Politico. Steyer has asserted that “he expects to spend even more cash in 2016, focusing on his clean energy-focused super PAC that’s been aggressively organizing across the country, especially in Iowa.” His outsized presence could mobilize voters and bring a more independent flavor to the race. On the other hand, some Democrats uncomfortable with the influence of donor money on politics could be turned off.

A glimpse of reform

Those sorts of voters could be drawn toward John Chiang. (Westly, like Steyer, “has considerable personal wealth” from his time as a venture capitalist, as Walters noted. During president Obama’s visit this month, Westly will host “a fundraiser for the Democratic National Committee […] at his Atherton home,” according[4] to the San Jose Mercury News. “Ticket prices range from $250 to $25,000.”) Rather than racing to shoot out of the gate like Newsom, Chiang has slow-walked his decision. “In August, the state treasurer told the Los Angeles Times he was ‘contemplating’ a run for governor,” the Sacramento Bee recalled[5]. “Three months later, Chiang was ‘very interested,’ according to Capitol Weekly. And on Tuesday, at a California Business Roundtable event, Chiang offered this incremental inch forward: ‘I am strongly leaning towards running.'”

Although Chiang’s statewide profile has remained lower than Newsom’s or Villaraigosa’s, and perhaps even Steyer’s, he did distinguish himself several years ago by appealing to reform-minded Californians in both parties. Late in 2014, Chiang took the lead in “posting online the assets and obligations of public pension programs across the state,” as the Marin Independent Journal noted[6] in an editorial. “The posting of the pension figures — ByTheNumbers.sco.ca.gov[7] — is part of Chiang’s initiative to make more taxpayer information public and accessible.”

At least one early poll has suggested good news for Newsom — and, perhaps, California Republicans. “Newsom, the only declared candidate in the race, captured 30 percent of the support of those surveyed, far outpacing his nearest challenger, Republican San Diego Mayor Kevin Faulconer, who was backed by 20 percent of the respondents, according to a survey of 600 California voters likely to cast ballots in the June 2018 statewide election,” according[8] to the San Francisco Chronicle. “Trailing in third place was former Los Angeles Mayor Antonio Villaraigosa, a Democrat, who tallied with 8 percent.” Steyer, Chiang and Westly, meanwhile, all placed in single digits behind Ashley Swearengin, the former mayor of Fresno and a buzzed-about Republican, who polled 6 percent.