Kamala Harris not likely to be Supreme Court nominee 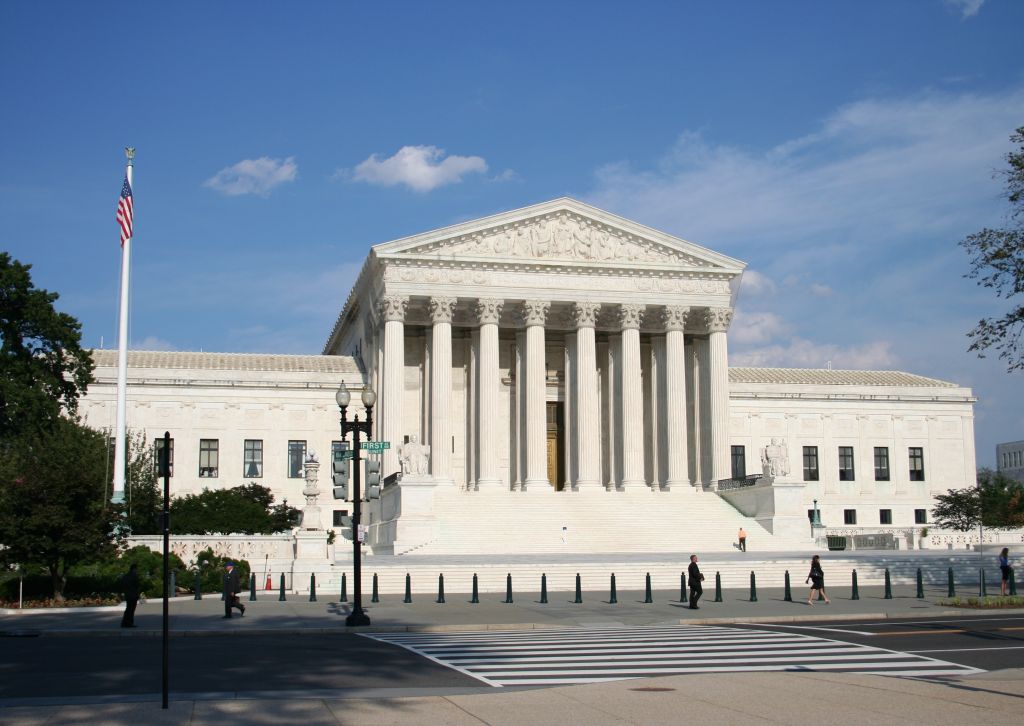 While Kamala Harris has a good shot at becoming the next U.S. senator from California, she has little shot of becoming the next Supreme Court nominee, despite multiple media outlets floating her name as a possibility.

Harris, California’s Democratic attorney general, is leading in polling, fundraising and name ID in the race to replace Sen. Barbara Boxer, who is retiring. But her inclusion on lists in publications like USA Today[1] and the New York Times[2] as a possible replacement to Antonin Scalia — the conservative Supreme Court justice who died over the weekend — is leaving observers in doubt.

“It would surprise me if she were very high up on the list,” said Sherry Bebitch Jeffe, a political scientist at the Sol Price School of Public Policy at the University of Southern California. “I just don’t think it makes sense at this point, particularly since she is the frontrunner for the Senate.”

Harris has little incentive to accept a nomination if it were to be offered by President Barack Obama since the nominee is not likely to get confirmed.

The U.S. Senate has the Constitutional responsibility to advise and consent to Supreme Court justices and Majority Leader Mitch McConnell, R-Ky., issued a statement within hours of Scalia’s death saying the Senate won’t confirm a replacement until after the November presidential election, leaving Obama with little leverage.

But Bebitch and others agree that if and when he nominates someone, it would make sense for the nominee to have already been confirmed by the Senate, like a federal judge, so that Democrats could say: “Look, you already voted for this person once.”

U.S. Attorney General Loretta Lynch — who Scotusblog[3] argues is the most likely choice — also already survived a Senate confirmation. But neither Harris nor Lynch have judicial experience, which would likely be seized upon by opponents.

There’s no requirement that justices have judicial experience, but they usually do. With the exception of Supreme Court Justice Elena Kagan, the Senate hasn’t confirmed a nominee without judicial experience since the early 1970s.

“Her lack of judicial experience would give opponents an easy rationale for opposing her,” said John J. Pitney, Jr., a professor of American politics at Claremont McKenna College. “And by choosing a partisan political figure, Obama would enable opponents to accuse him of politicizing the court.”

It would be very difficult for someone to complete the tasks required of a Senate candidate while being subjected to a Senate confirmation process, so Harris would likely be forced to choose one or the other, and again, there’s little benefit to accepting the nomination in this instance. But just being mentioned helps her campaign, said Raphael Sonenshein, the executive director of the Pat Brown Institute for Public Affairs at California State University Los Angeles.

“Getting on a list of 10 is always a plus for a candidate,” said Sonenshein.

But if she were to be nominated, and if she were to accept, it would likely throw the Senate race into turmoil, as Democratic candidates would rush in to challenge Rep. Loretta Sanchez, an Orange County Democrat, and two former CAGOP chairmen.

“There are only a few weeks until the filing deadline, and Democrats would be scrambling to find a better candidate than Loretta Sanchez,” said Pitney.

How This Plays Out In The Senate

Obama and Senate Democrats don’t have too many options if McConnell holds true to his word. Sooner or later, Obama will send a name to the Senate, and the Judiciary Committee will have to decide whether it’ll consider the nominee or refuse to play along.

Meanwhile, Senate Democrats would label McConnell and Republicans as obstructionists — in press conferences, in campaign ads and in floor speeches. With the balance of power in the Senate hanging precariously on the 2016 election, and with an open presidential election, this will be one of the most politicized issues going forward.

Since the Senate operates largely on unanimous consent, Democrats would likely object at most, if not all, turns, thereby “shutting down the Senate,” predicts Jim Manley, a former top advisor to Senate Democratic Leader Harry Reid of Nevada.

“The idea that a president with 11 months to go doesn’t have the right to nominate a replacement for a crucial Supreme Court seat is absolutely outrageous,” said Manley. “So I assume that the caucus will demand retaliation.”