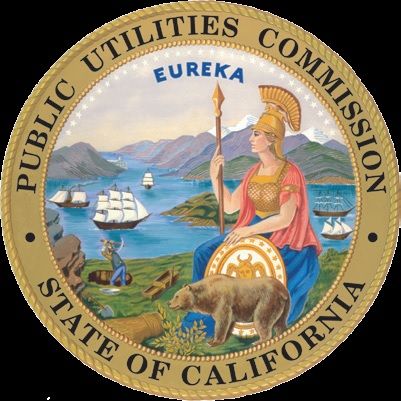 The California Public Utilities Commission has had an extremely rough two years. Its former longtime director, Michael Peevey, is facing criminal changes[1] for his actions in arranging for ratepayers to pay 70 percent of the $4.7 billion cost of shuttering the San Onofre nuclear power plant, minimizing the cost for majority owner Southern California Edison and minority owner San Diego Gas & Electric. The failure of PUC regulatory efforts is being decried in federal court documents relating to the 2010 natural gas pipeline that killed eight people in San Bruno and led to a March 9 trial[2] over related criminal charges against Pacific Gas & Electric. Assemblyman Mike Gatto, D-Los Angeles, has proposed legislation to force radical changes[3] on what he calls the “scandal-ridden” agency.

Now there’s one more story that places the PUC in very unflattering light. KQED has details[4]:

In 2011, Steven and Sharon Vego, along with their 21-year-old son, Jonathan Cole, were killed after a power line went down in their backyard in San Bernardino. …

[The Vegos] left behind two kids — one of whom watched from inside the family house as her father, then mother and brother, all died in January 2011.

Within a few months, the surviving children filed a lawsuit and asked the CPUC for its investigation report. The CPUC voted in May 2011 to allow the release of that report. It was issued Dec. 17, 2012, and found that the incident was not only Southern California Edison’s fault, but that it could have been prevented if the utility had responded to previous issues on the same electricity circuit.

But public records released by the CPUC show the agency didn’t give the report to the Vego family until March 19, 2014 — more than two years after the family settled its lawsuit with Southern California Edison. And the CPUC waited until five days after it had entered into a settlement agreement in which Southern California Edison admitted that it violated state regulations, that there had been similar incidents previously and agreed to a $16.5 million fine.

In a Feb. 16 letter[5] to CPUC President Michael Picker, Sen. Jerry Hill, D-San Mateo, decried how the “commission — which was the only public entity to perform an investigation — effectively took the side of the utility against the grieving family in a civil matter.”

“You know everyone seems to characterize the relationship between the PUC and the utilities as cozy. Well, I think some of this, what we are finding out, shows not just a coziness but a collusion, and that’s the part that I think is most troubling. Collusion gets into what I look at as corruption, what I look at as something that could be dishonest,” Hill told KQED.

The former San Mateo mayor says this is not the only recent example of Edison dealing unfairly with victims of its defective maintenance. He cited the case of Brandon Orozco, an apprentice working for an Edison contractor who was shocked to death[6] at an underground Edison facility in Huntington Harbour in 2013.

Hill said the Public Utilities Commission, especially given that it had formally concluded Edison was responsible for Orozco’s death, should have taken on the utility when it refused to release [7]its internal investigation into the accident. The utility cited attorney-client privilege — even though state law “clearly states that the commission, and each commissioner, and anyone employed by the commission, can at any time inspect the account, book or documents of any public utility,” Hill told KQED.