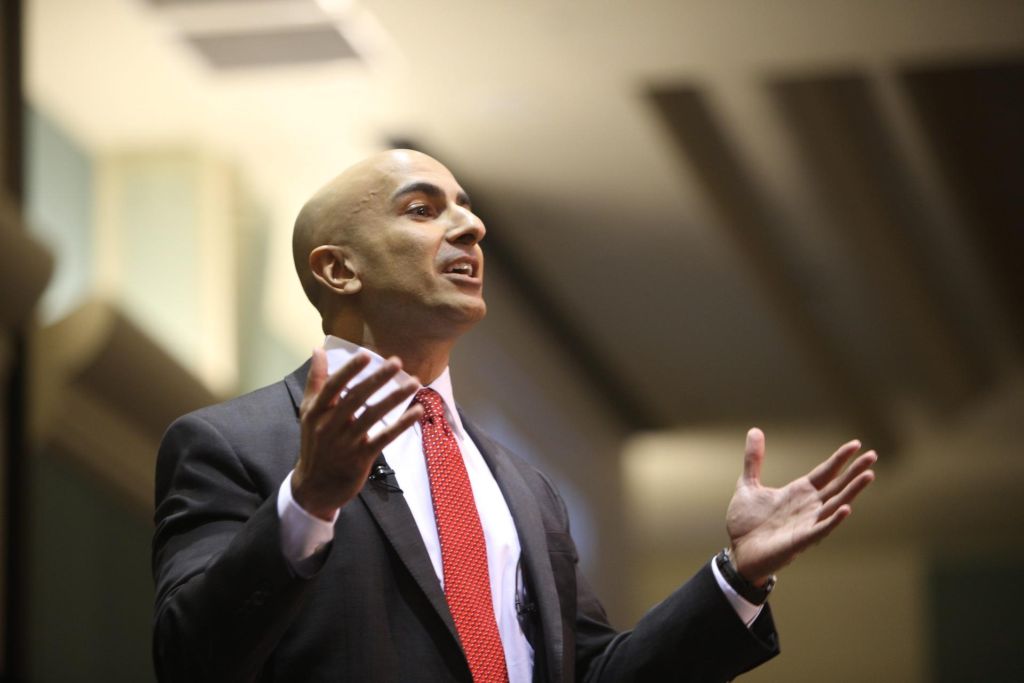 California’s 2014 Republican gubernatorial nominee Neel Kashkari has dropped a bombshell in his new job as president of the Minneapolis Federal Reserve. In a speech at the Brookings Institution in Washington, D.C., the 42-year-old former PIMCO executive and Orange County resident warned that reforms enacted after the 2007-2009 financial meltdown are inadequate to prevent poorly run big banks from dragging America into another recession.

In his speech, Kashkari called for three crucial steps:

That’s from a Business Insider account [1]of his speech.

Kashkari, who ran the Treasury Department’s Troubled Asset Relief Program under both President George W. Bush and President Obama, worked for Goldman Sachs’ San Francisco office before his government job. After leaving the Treasury Department, he joined Newport Beach-based PIMCO. While he lost to Gov. Jerry Brown in a landslide, he was still considered an up-and-comer in California politics before moving to Minneapolis last year, where he assumed[2] the Fed post in November. If he does seek California office again, as some political observers expected[3], his speech will likely be a focus for its perceived populist themes.

The Washington Post, Politico and many other East Coast media treated Kashkari’s comments as highly newsworthy and provocative. Reuters called his ideas “radical.”[4] In a subsequent interview [5]with the Post, Kashkari said, given the unpredictability of the global economy, it’s smart to adopt reforms during relatively stable periods to prevent future shocks before they happen:

If you look around the global economy, there’s a lot of uncertainty. There are people who are concerned about China’s slowdown and whether it’s going to be a hard or soft landing. All of those are out there, but it’s very hard to see crises coming.

Nobody was omniscient enough to call $100 oil or $150 oil a bubble. I’m not saying that it was a bubble; I think it’s supply and demand forces. But certainly nobody forecast it going down to $30. That’s just an example of an exogenous shock. Everybody’s eyes were open. None of the smart people saw it coming. What else don’t we see coming? …

[It] isn’t clear to me that just keeping investment banking separated from depository lending is necessarily by itself a solution. If we go back to the root causes of ’08, we had a nationwide delusion that home prices only go up. I participated in that delusion: I bought a house in California in 2005. Traditional banks made a lot of bad loans based on the premise that if home prices keep going up, these loans are going to be okay. …

To really be strong enough against a shock we haven’t thought of, we would either need much, much higher capital requirements — the banks are already pushing back hard against the capital surcharges — or we need to look at much stronger or more intense stress scenarios.

Kashkari, 42, a Hindu native of Ohio, has undergraduate and graduate degrees in mechanical engineering from the University of Illinois/Urbana-Champaign. He worked as an engineer for TRW in Redondo Beach before going to the University of Pennsylvania’s Wharton School for his MBA, which led to his Goldman Sachs job. When Goldman Sachs chairman/CEO Henry Paulson became U.S. secretary of the treasury in 2006, he hired Kashkari as an aide, laying the groundwork for his appointment as the assistant treasury secretary overseeing TARP.