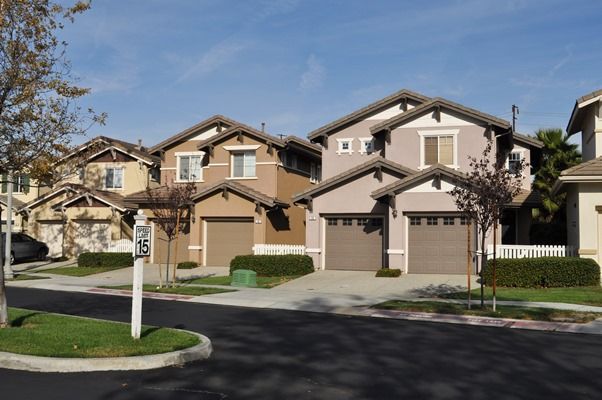 New data has brought a new urgency to the souring fortunes of California’s middle class.

“Not only are Californians leaving the state in large numbers, but the people heading for the exits are disproportionately middle class working families — the demographic backbone of American society,” the American Interest recently noted[1].

Looking at labor force categories provides more evidence that California is losing working young professional families,” argued[2] Hoover Institution research fellow Carson Bruno; “while there is a narrative that the rich are fleeing California, the real flight is among the middle-class.”

“Knowing that net out-migrants are more likely to be middle-class working young professional families provides some hints as to why people are leaving California for greener pastures. For one, California is an extraordinarily high cost-of-living state. Whether it is the state’s housing affordability crisis — California’s median home value per square foot is, on average, 2.1 times higher than Arizona, Texas, Nevada, Oregon and Washington’s — California’s very expensive energy costs — the state’s residential electric price is about 1.5 times higher than the competing states — or the Golden State’s oppressive tax burden — California ranks 6th, nationally, in state-local tax burdens — those living in California are hit with a variety of higher bills, which cuts into their bottom line.”

“In 2006, 38 percent of middle-class households in California used more than 30 percent of their income to cover rent. Today, that figure is over 53 percent,” according[3] to Christopher Thornberg, director of the UC Riverside School of Business Administration Center for Economics Forecasting and Development. “The national figure, as a point of comparison, is 31 percent. It is even worse for those who have borrowed to buy a home — over two-thirds of middle-class households with a mortgage are cost-burdened in California — compared to 40 percent in the nation overall.”

Recent studies illustrated a continuing plunge in homeowning among traditional buyers in-state. “California’s middle class is being hammered,” wrote[4] Joel Kotkin at the Orange County Register. “The state now ranks third from the bottom, ahead of only New York and the District of Columbia, for the lowest homeownership rate, some 54 percent, a number that since 2009 has declined 5 percent more than the national average.”

Some analysts looking to explain the trend have pointed to a so-called housing shortage statewide. “With supply falling far below demand, California needs to build at least 1 million more homes for low- and middle-income Californians in the next 10 years,” CAFWD suggested[5], adding that, although Gov. Jerry Brown “did not mention housing in the State of the State address,” he has “not explicitly ruled out addressing the issue in the next three years.”

Giving ammunition to the housing shortage thesis, meanwhile, was “a new report from the California Legislative Analyst’s Office that found that poorer neighborhoods that have added more market-rate housing in the Bay Area since 2000 have been less likely to experience displacement,” the Washington Post noted[6]. But experts have differed significantly on how to read the tea leaves of the data, and analysts disagree on whether increasing density — or what kind of density — is the right answer.

The Golden State has been haunted in recent times by sharply mixed economic indicators. “While California has added 2.1 million jobs since 2010, employment in six industries is still below 2007 levels, before the Great Recession, according to the center’s analysis. Those sectors — including construction, finance and manufacturing — generally pay more than the service-type jobs that we’re adding in droves,” the Sacramento Bee noted[7] late last year.

Economic growth concentrated in Silicon Valley has also not done much to relieve the income or jobs picture for middle-classers. “In a recent survey of states where ‘the middle class is dying,’ based on earning trajectories for middle-income cohorts, Business Insider ranked California first, with shrinking middle-class earnings and the third-highest proportion of wealth concentrated in the top 20 percent of residents,” Kotkin observed.