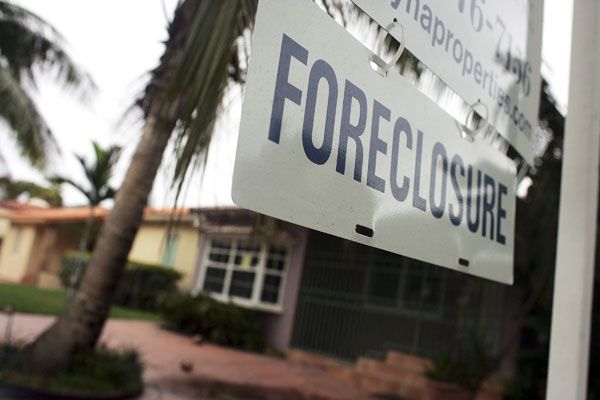 The federal government has supplied California with additional funds and time to continue its multi-year foreclosure relief program.

The effort “intended to prevent home foreclosures that was expected to shut down next year is instead being expanded and extended following a new influx of federal funding,” the Los Angeles Times reported[1]. “Keep Your Home California, which already had been awarded nearly $2 billion, will receive up to $463.5 million in additional federal money to aid troubled borrowers.”

“Treasury announced the increase [Feb. 19] as part of a $2 billion expansion of its Hardest Hit Fund, which launched in 2010 and earmarked $7.6 billion to 18 states and the District of Columbia. California will receive about $213.5 million in the first distribution of new funding. The state could get an additional $250 million in a second phase, which the department expects to award by the end of April.”

“Since 2007, 7.1 million homes were lost through foreclosure nationwide,” the Register added. “Some 1.2 million of those actions were in California, the state hardest hit by the Great Recession’s mortgage meltdown. Next was Florida (872,000) and Michigan (407,000).”

In Sacramento, a bill has recently been introduced to extend greater foreclosure protection to widows and widowers. State Sen. Mark Leno, D-San Francisco, sought to provide “protections against foreclosure that are available to other homeowners but not to spouses and children of deceased kin,” the San Jose Mercury News observed[3]. Lenders, Leno’s office indicated, said “survivors who are not on the loan are not covered by California’s Homeowner Bill of Rights[.]”

“The HBOR requires survivors have a single point of contact at a mortgage lender and keeps lenders from foreclosing on a home when homeowners are seeking a loan modification,” the Mercury News explained. “Survivors have reported that lenders refuse to talk to them or lenders refuse to provide the facts about the loan and foreclosure avoidance options.”

At the same time, a new judicial holding has promised to force another shift in state foreclosure policy. “The California Supreme Court on Feb. 18 said a borrower in a nonjudicial foreclosure has standing to allege wrongful foreclosure, raising the potential for more challenges of foreclosures and securitized loans,” Bloomberg BNA reported[4].

In her ruling for the court, with all seven justices concurring, Judge Kathryn Werdegar determined that borrowers could rightly bring a potentially massive new wave of suits against lenders. “We conclude a home loan borrower has standing to claim a nonjudicial foreclosure was wrongful because an assignment by which the foreclosing party purportedly took a beneficial interest in the deed of trust was not merely voidable but void, depriving the foreclosing party of any legitimate authority to order a trustee’s sale,” she wrote.

Fredrick Levin, a partner at Los Angeles firm Buckley Sandler, told BNA “the decision reverses a rule followed by the overwhelming majority of California courts that says borrowers lack standing in such cases.” According to Levin, “[t]he decision thus opens the door to lawsuits by borrowers claiming that their homes were improperly foreclosed upon by persons who allegedly lacked power under California law to institute foreclosure.”

Although Werdegar’s ruling shook up the foreclosure business, it aimed to find a balance between the legal power of borrowers and lenders. “The 33-page ruling is narrow – the court did not rule on the validity of the assignment itself in the case, nor did it allow state homeowners to pre-emptively challenge threatened foreclosures on these issues,” according[5] to the Intercept. “But it did establish that borrowers have a chance to receive compensation for a wrongful foreclosure if they find it to have been executed with false documents.”