Affordable housing may be limited by new state environmental rules 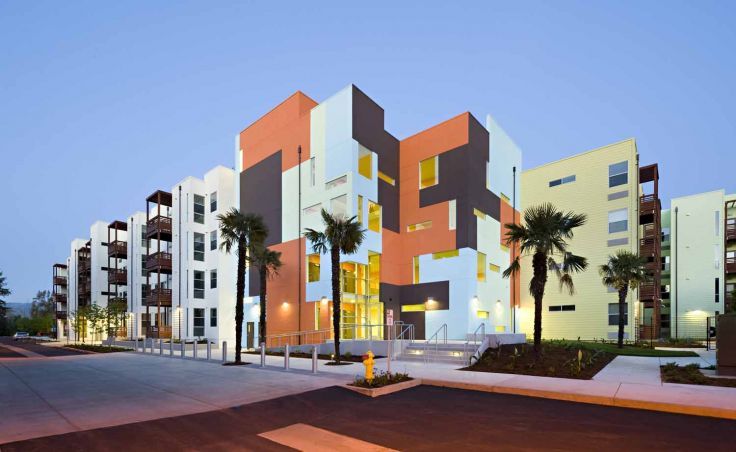 The rule would modify how traffic is evaluated during a critical phase for planning for building developments, shifting the focus from traffic congestion to the increase in miles traveled. New building projects would be viewed as adversely affecting the environment if they increase vehicle miles traveled by more than a regional average without offsets.

The Brown administration — which was tasked with creating the new rule by the Legislature — believes this shift will encourage the development of urban housing, bringing people into the cities and giving them more transportation options beyond the car.

“This proposal will actually help affordable housing projects, especially near transit,” said Christopher Calfee, General Counsel for California’s state Office of Planning and Research. Calfee said the new proposed guidelines will streamline the process as it removes other factors, like aesthetics and parking — from being considered to be negative for the environment.

But critics say applying this standard in instances outside of specific urban areas near major transportation spots — areas called Transit Priority Areas — will hurt the development of housing in suburban and rural areas where property values are lower, and hurt local economies by thwarting new development.

“We’d prefer to see approaches that continue to incentivize transit, incentivize (re-purposing old buildings),” said Richard Lambros, the managing director of the Southern California Leadership Council. Lambros was critical of the new rule, saying while it benefits areas near mass transit, it could limit the development in lower cost, suburban and rural areas.

In addition to promoting alternative means of travel, the new regulations impose a “road diet,” meaning limiting the amount of new road lanes built — a 4 percent cap statewide between now and 2030.

“We respect that we’re trying to achieve important (greenhouse gas) reduction goals in California, but we can’t develop the policy to do that in a way that doesn’t account for unintended consequences,” said Lambros.

But the Brown administration contends that this doesn’t put a cap on roads (although road diet is OPR’s term), providing instead a threshold for when the mileage standard is considered significant.

“Some new roads will actually decrease (the new standard called Vehicle Miles Traveled),” said Calfee. “Others will increase it. Even if that increase is significant, lead agencies may override the impact and still approve the project.”

The 46-year-old California Environmental Quality Act requires developers to obtain an Environmental Impact Report during the planning period, which evaluates a project’s impact on the local environment. This public document advises local governments when they are deciding to approve or deny a project, and it’s in this report that the new guidelines will be applied.

Local governments are not actually required to deny a project based on a negative report. However, many proposed developments end up being fought in court — by environmentalists, opposing developers and so on — so cities and counties can overlook these guidelines at their own peril. In other words, overlooking the environmental impact report makes a project less defensible.

“It gives more ammunition to people who want to stop capacity projects for whatever reason,” said Hasan Ikhrata, executive director of the Southern California Association of Governments, whose group is concerned that the new rule will subject hundreds of projects in their six counties to new standards midstream, which they say are largely un-achievable.

Under CEQA (pronounced see-qua), many factors were considered in an environmental impact report — a requirement for new development. Some of the factors were transportation, aesthetics and parking.

The 2013 bill said that parking and aesthetics in certain instances in the Transit Priority Areas were no longer considered significant impacts on the environment. These areas were created by the Legislature to encourage high-density development in areas where there is existing or proposed public transportation — like areas near metro stops.

The bill also tasked the Brown administration to come up with new guidelines on determining the transportation impact, as the old guidelines were based on traffic congestion — making congestion worse was considered an adverse impact.

So with the new standard, close proximity to proposed or existing mass transit is certainly helpful, and critics say it’s an unofficial requirement. Because there are existing roads and generally adequate access to public transportation, high density projects near urban centers will fare better in the CEQA/environmental review process.

But areas further away from the urban center would likely be more affected. Critics say this could affect the access to affordable housing, since property values and rents usually fall the further away development gets from the city. Many critics aren’t against the new standard, just it’s widespread application.

“We’re ok with (the new standard),” said Ikhrata. “But what we’re saying is you shouldn’t subject every project to this test. This should be done on an overall system, and be able to mitigate in other places. No project is going to pass that test.”