SAN JOSE – The widespread support for Eric Bauman at the state Democratic Party convention last weekend made it seem as though he were running uncontested for party chair.

Bauman was everywhere. He introduced past Assembly speakers at one party and hosted a karaoke party the next night. He spoke to many of the caucuses. He was even on the main stage during Vice President Joe Biden’s speech. 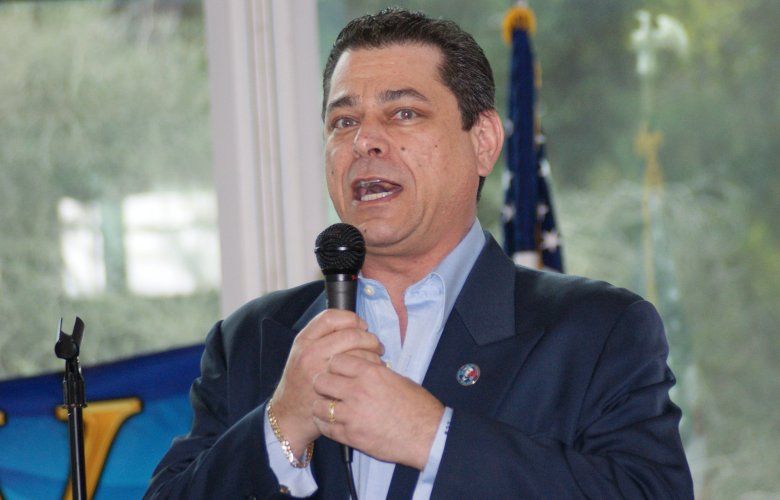 Stickers and signs and shirts were everywhere, worn and displayed by supporters of the Los Angeles Democrat.

And yet his opponent, Kimberly Ellis, was seemingly nowhere to be found (her campaign did not respond to queries of her whereabouts).

Bauman told CalWatchdog that he has secured support from at least half of the number of delegates required to win the election, which will happen in 2017.

“There’s 15 months for this election to go,” said Bauman. “Many things could happen in the meantime. But when you look around, do you see the people wearing ‘Eric Bauman’ stickers and holding ‘Eric Bauman’ signs? What does that tell you?”

Bauman has been Los Angeles Party Chair for seven terms and a state vice chair since 2009. He’s been an advisor to many top officials, including the out-going Assembly Speaker Toni Atkins, D-San Diego.

His competitor, Ellis[1], is a bay-area Democrat who runs Emerge California, an organization that identifies, trains and encourages Democratic women to run for elected office. Oakland’s mayor, Libby Schaaf, is one of the graduates.

Bauman told CalWatchdog that he had secured support from at least 800 delegates in his bid to replace John Burton, the outgoing chairman — and a cursory survey of delegates at the convention seemed to support that claim.

There are 3,200 delegates total — for context, 1,800 were registered for the convention. The chair will be elected by a majority of those voting, so the highest threshold the winner would need to meet is be 1601, meaning Bauman is around halfway there.

However, the primary function of party chair is to raise money, register voters and win elections. Ellis has proven to be effective in getting women elected to office through Emerge California. But Bauman has proven it as well, having won multiple political awards for his efforts, and evidenced by Democrats’ tight grip on Los Angeles County politics.

Many stories in the media this week highlighted the continued statewide rise in voters declining to state party affiliation. The trend is consistent in L.A. as well. But while Democrats’ share of the electorate in Los Angeles County is slipping, the total number of Democratic voters has increased compared to four years ago.

Bauman pointed out that his 800-plus delegate support comes from all of the different interest groups in the party — labor, environment, LGBT, various ethnicities (he even addressed the Latino caucus at the convention en Español). And he noted his access to a wide network of donors.

But even while describing why he was the best person for the job in an interview with CalWatchdog, he was complimentary of Ellis.

“She’s young and vibrant and exciting and has great ideas,” Bauman said. “I don’t argue that point. But I’ve been winning elections for 25 years.”