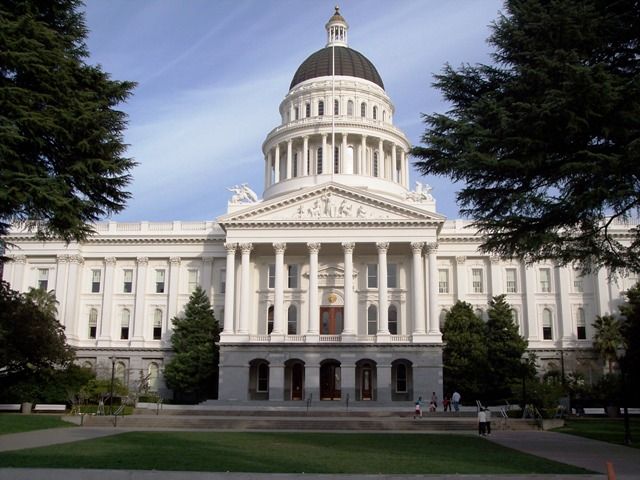 It’s almost that time of year again when a panel of citizens will decide whether to raise pay for the state’s top elected officials.

But as it stands now, the California Citizens Compensation Commission will be woefully underrepresented when it meets on April 27, with only four of the seven constitutionally-required seats having been filled, leaving the possibility that the citizenship will have a muted voice, the same as last year.

The CCCC in 2015 approved a 3 percent increase in base pay for state legislators and constitutional officers (like governor, attorney general, etc.), with the same four of seven seats filled.

“We’re certainly aware of these vacancies,” said Evan Westrup, a spokesman for Gov. Jerry Brown. “Our aim when filling any vacancy in the administration is to select the best possible candidate from a broad and diverse pool of applicants. That ultimately dictates timing.”

Brown’s office would not comment on how many applications have been received for each vacancy or how many people are being considered, because it does “not disclose details regarding applicants for appointments.” CalWatchdog argued that these are raw numbers, not details regarding the applicants themselves, but did not receive a response.

Why does it matter?

The CCCC is a seven-member panel, appointed by the governor to six-year terms, with different areas of expertise: one with expertise in compensation (like an economist); one representing the general population (like a homemaker/retiree/person of median income); one representing the nonprofit world; one who is an executive at a large CA employer; one who represents small business; and two labor representatives.

The state’s constitutional language on filling these vacancies states: “Within 15 days of any vacancy, the Governor shall appoint a person to serve the unexpired portion of the term.”

The 15-day window serves multiple functions. It ensures that there’s a functioning commission with a fully represented citizenry to decide on pay, but it also prevents a governor from holding nominations off until just before they leave office and then packing the commission on his or her way out the door.

As CalWatchdog understands it, “any vacancy” means any vacancy, which means a governor has 15 days to fill the vacancy. The shortest current vacancy on the commission dates back to March 2015, prior to the last meeting on May 11.

Gov. Jerry Brown’s office argues that the language on vacancies applies to seats vacated before the expiration of the term. By that logic, the clock wouldn’t reset until the next appointment, whenever that is, meaning Brown could in theory wait until the end of his term to fill the appointments, pushing them six years into the future (which could even outlive the next governor if he or she only lasts one term).

But that reasoning would only apply to two of the vacancies, where the commissioners left as their terms expired. The third was created when Charles Murray stepped down mid-term in 2015, after being reappointed in 2011. The data on timing was provided by commission staff. Brown’s office did not respond to this third vacancy.

Since the CCCC meets usually once a year and there is really no business in between, there is no immediate need for the seats to be filled until meeting time, besides of course to comply with the Constitution (as CalWatchdog understands it).