With their presidential primary season defined by a massive generation gap, California Democrats have braced for their state to play an outsized role in the nomination process — at a time when the growth of their party appears to be leveling off.

For decades, Democrats have trusted in demographic, cultural and economic changes to propel their advantage over Republicans. Even now, the state’s relatively few urban GOP strongholds have begun to show signs of change. In Santa Clarita, outside Los Angeles, Republicans “outnumber Democrats 43,774 to 37,273,” Southern California Public Radio noted, citing a recent report on voter registrations released by the Secretary of State’s office. “But the Democrats’ general election registrations are up 52 percent between 2000 and 2014, well over the 21 percent growth for the Republican Party for the same period. If the trend holds, registered Democrats could soon overtake Republicans in their size,” the station added.

But in recent years, Democrats have seen the floor of their political support begin to crumble even as its ceiling appeared to rise. Seven presidential elections ago, “in November of 1992, there were almost 7,410,914 Democrats in the state, out of 15.1 million registered voters. And while the number of registered voters has increased by nearly 2.2 million, the number of Democrats has only grown by less than 28,000 voters,” Southern California Public Radio noted[1], adding that “across California today, nearly every new voter is registering nonpartisan.” 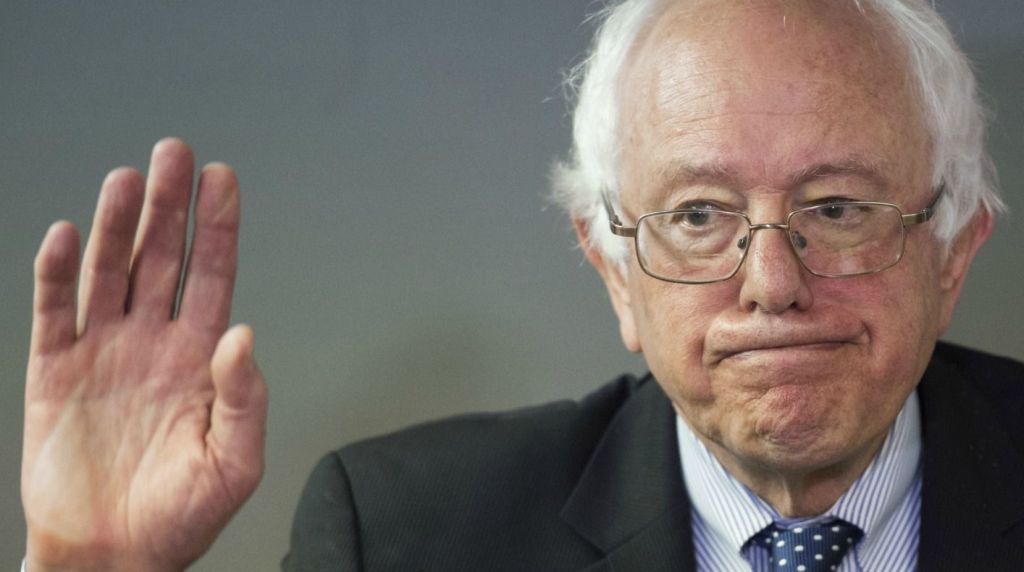 “Until this election, disenchanted Democrats have had nowhere to turn, but perhaps thanks to so many young people ‘feeling the Bern’ of this election, that playing field could be widening,” SCPR suggested, referencing the grassroots appeal of Sen. Bernie Sanders, the Vermont independent challenging Hillary Clinton for the Democrats’ nomination. Sanders’ support among younger voters has been overwhelming; even among demographics where Clinton holds a strong advantage, such as black voters, Sanders’ strength with their youngest voters has surpassed that with their oldest voters by scores of percentage points.

The theory behind the notion that Sanders has shaken young people out of instinctive support for Democrats turns on his independent identity, but also on the manner in which he has raised questions about why President Obama’s legacy appears primed by the party to wind up in the hands of Hillary Clinton’s establishmentarian campaign. “Democrats have emphasized issues of importance to younger voters. Sanders and Clinton have offered differing proposals making college less expensive or, in Sanders’ case, free. Their focus on lagging wages, immigration reform and voting rights is also aimed at the new voters who have less affinity with partisan politics,” according[2] to the Los Angeles Times.

At the Democrats’ state convention this weekend, party leaders strove to pitch a big tent. “Whether you want to say ‘Madame President’ or whether you are ‘Feeling the Bern’ we have to stand together,” Sen. Barbara Boxer told the crowd; applause for Clinton, the Times reported, “was drowned out by cheers for Sanders.”

“The split, largely generational given the youthful tilt of the Vermont senator’s supporters, underscored a hard truth for California Democrats that was barely discussed during the celebratory convention: Numbers-wise, the party’s heading for trouble,” the Times added. “Of the 10 cities with the highest percentages of independent voters, he said, all but one are Latino-majority cities. That is jarring, since Democratic strength in the last generation has been built on the growing Latino population.”

After fighting Clinton to an effective draw in early caucus states, Sanders has tried to set modest but upbeat expectations for what’s to come. In addition to his home state, the Wall Street Journal reported[3], Sanders has set his sights on victories scattered across the country — from Michigan in the midwest to Colorado and  Oklahoma further west. But the campaign has pinned great expectations on California, which would deliver a big clutch of delegates in a potentially blockbuster win.