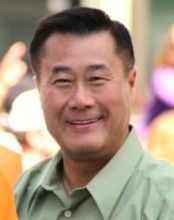 Yee was not the initial target of what has been described as a “massive sting operation” launched by the Justice Department centering on Bay Area politics. Instead, he was only ensnared in a bribery probe involving a fake, FBI-created software firm seeking government contracts, which led to the discovery of his other crimes.

Meanwhile, San Francisco District Attorney George Gascon is building off the FBI’s probe with his own prosecutions. In late January, he announced that two former employees with the city’s Human Rights Commission had been arrested for allegedly trying to sell access to Mayor Ed Lee. Nazly Mohajer, a former agency commissioner, and Zula Jones, a former staffer, allegedly took $20,000 from an undercover agent.

Although he met with the undercover agent, Mayor Lee has strenuously denied any role in the alleged bribery and money-laundering. But the fact that Mohajer and Jones were taped discussing how to break the money into smaller amounts to surreptitiously pay off Lee’s 2011 campaign debts has added to the loud whispering campaign that suggests the San Francisco mayor may be the FBI’s — and/or Gascon’s — ultimate target.

The FBI’s initial target was Raymond “Shrimp Boy” Chow, a leader of a San Francisco-based gang that had ties to Chinese business groups and politicians, including Lee. Chow was convicted[1] in January on federal racketeering charges after his defense — claiming to be a reformed ex-criminal turned humanitarian and businessman — fell short.

It is not clear what sort of arrangement that the FBI and Gascon have — whether certain crimes will be prosecuted by the Justice Department and others by the San Francisco DA. But the most intense focus[2] of the past month has been on Gascon’s attempts to keep a file of evidence related to the charges announced in January from being disclosed. He has so far persuaded a federal judge to keep it under wraps, arguing that its disclosure would reveal undercover agents and ruin promising corruption investigations.

“The evidence is a time bomb waiting to explode,” declared city Public Defender Jeff Adachi, who speculated that Lee or a member of San Francisco’s Board of Supervisors might be implicated.

Lee appears to think he’s the target, or a target, of the investigations. According to campaign records, he spent $19,000 of his political funds last year on criminal defense attorneys. This year, he’s used allies to depict Gascon as launching a politically motivated smear effort.

Democratic strategist Nathan Ballard described Gascon as a craven publicity hound in a recent interview with the Los Angeles Times.

“If the DA has the goods on Mayor Lee, he already would have come out with it. There has never been one credibly sourced allegation of pay-to-play being brought forward,” Ballard told the Times.

But Gascon is winning plaudits from San Francisco’s alternative media, which has long seen the city as a hotbed of corruption and phony progressives.

Though police had credible reason to believe Woods was armed and dangerous, cellphone video of him being shot as he walked away from officers has generated raucous protests[4].