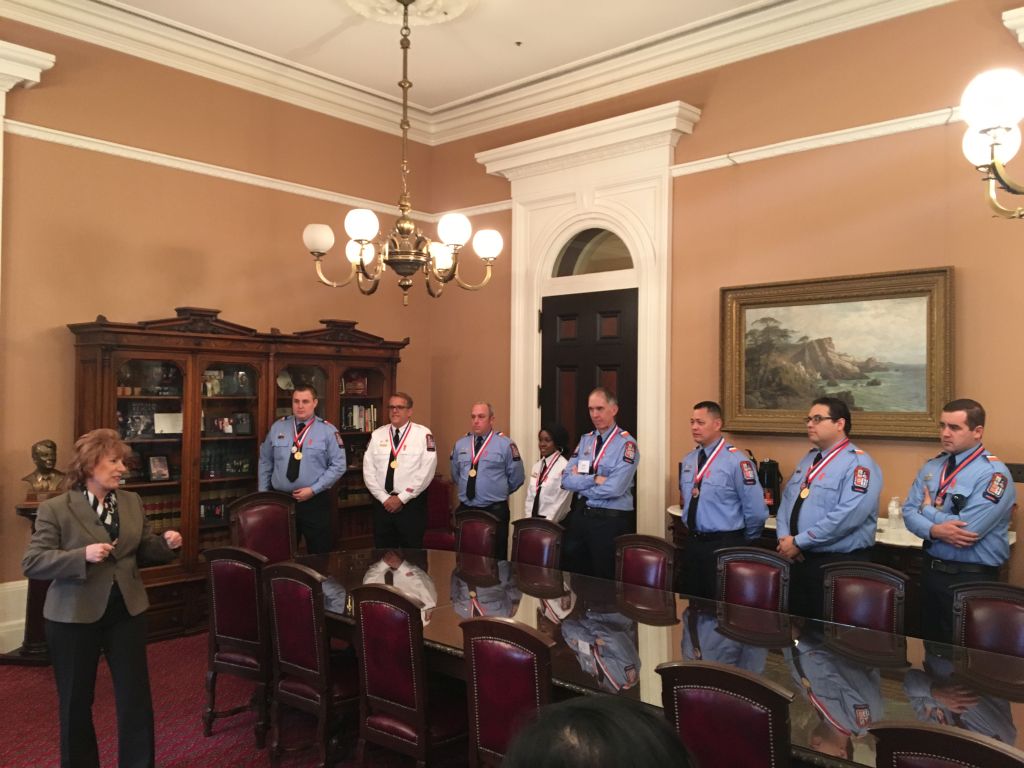 Senate Minority Leader Jean Fuller, R-Bakersfield, took the time to honor first responders from her district on Monday — even though legislators recognize honorable acts every day.

The 14 first responders honored on Monday all come from Hall Ambulance, which provides 90 percent of Kern County’s paramedic services.

Chris Parks helped resuscitated an infant who’d stopped breathing. Mark Gonzcar and Allen Swerdfeger received a call that a woman was choking and three minutes later were on the scene to get her breathing again. William Jaeger, Eric Castro and David Allard got a man’s heart beating again after finding him laying on the side of the road.

But for all their heroism, events like these are routine for first responders.

“This is everyday,” said Jason Achterberg, who, along with Adrianna Neal and Enrique Puente, saved a woman’s life who’d had a heart attack at her own retirement party. “It’s not the first time, and it won’t be the last.”

Most of the calls are minor, and major life-threatening emergencies are only about 10 percent of the calls, admits Achterberg. But they receive about 10 to 12 calls on average during his night shift, which means they save a life about once a night.

“These first responders jump into action when we need help and protection,” Fuller said, noting her pride in honoring them with a Senate resolution. “They are some of the best of the best working in our Golden State.”