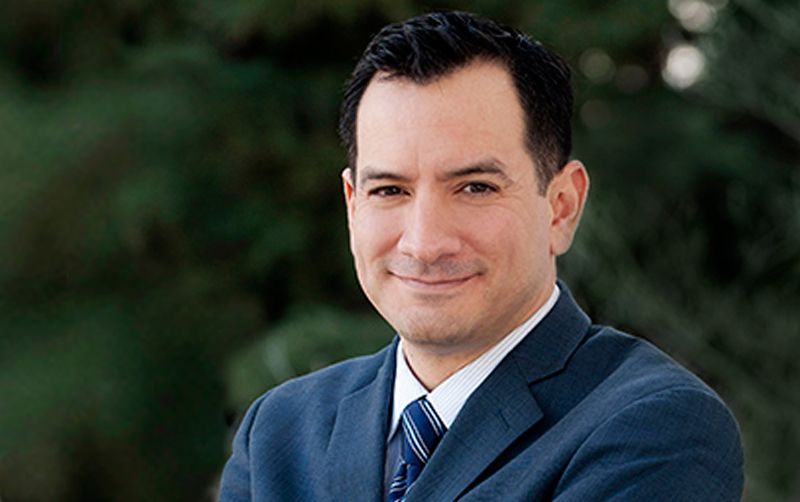 Assemblyman Anthony Rendon’s swearing in as speaker on Monday signaled a fresh start as optimism warmed over the Capitol.

At the swearing in, the paramount Democrat drew a standing ovation from the crowd and an impassioned introduction in both English and Spanish from fellow Democratic Assemblyman Luis A. Alejo of Salinas. Statements of support flooded inboxes before Rendon’s inauguration speech was over.

Rendon is a well-liked progressive liberal with the reputation as a coalition builder, having won the support of moderates and even some Republicans (at least for now). Along with Senate President pro Tempore Kevin de León, the Legislature has two Latinos from the Los Angeles area at the helm.

He pointed to poverty, oversight and participation as the three pillars of his speakership, but if and how he advances an agenda more centered on Latino issues in tandem with de León and how he works with Republicans may define his leadership more.

Rendon made poverty a central theme of his speech. He referenced the public assistance both he and his wife had benefited from throughout their lives.

“Neither Annie nor I was born with much, but we worked hard and somehow we ended up here,” Rendon said. “But we also had a lot of help. Help not just from family and neighbors, but help from California.”

Rendon often talks about how access to an affordable education changed his life, and education will stay a large part of his agenda. Having briefly led the California League of Conservation Voters means environment will stay front and center.

He helped pass the 2014 water bond in the Legislature and that, coupled with oversight hearings convened under his stewardship, are some of his most notable legislative bona fides, although he said he won’t be carrying any bills on his own as speaker.

“Instead, much of my energy will be spent helping the Assembly operate with as much efficiency and collegiality as possible,” Rendon said.

And with modified term limits in place, Rendon has the opportunity to stay atop the Assembly until he’s termed out in 2024, which would be longer[1] than all but one of his predecessors.

Having Latinos atop the two chambers of the Legislature gives them the opportunity to focus on issues like poverty, education and affordable housing in a way that at times could rankle those who want to protect the status quo.

For example, unions can be resistant to new ideas in education. Environmentalists (and politically-connected NIMBYs of all parties) aren’t always supportive of the development that builds affordable housing and creates jobs largely filled by Latinos.

“Now that you’re in control, you actually have the power to move the agenda forward with a more Latino agenda, which is not always the agenda of the Democratic Party,” said Mike Madrid, a Republican consultant who specializes in Latino issues and has a close relationship with both Rendon and de León, as well as other members of the Latino Legislative Caucus.

While Rendon and de León are both strong supporters of environmental policy and unions and won’t be looking to irritate either community, Madrid said he is “optimistic” that the two men have the political savvy to advance a more Latino-focused agenda that may challenge the status quo.

“I think it’s a fascinating opportunity,” said Madrid. “And I think there’s going to be a good, robust discussion on what’s in the best interest of the Latino community.”

Perhaps the biggest mark of change will be to see how Rendon works with Republicans, who have nearly no structural power in the Capitol. Of course, he has little need for Republican support as Democrats have such a commanding majority in the Assembly.

But when asked by reporters about working with Republicans, Rendon mentioned oversight hearings, working with Asm. Jim Patterson, R-Fresno, in the Utilities and Commerce Committee and with Asm. Frank Bigelow, R-O’Neals, in the Water, Parks and Wildlife Committee in asking “tough questions.”

Rendon highlighted a common desire with Republican Leader Chad Mayes of Yucca Valley to tackle poverty, and mentioned the 2014 water bond, which Rendon steered through the Legislature before heading to voters on the ballot, as evidence of bipartisanship.

“It’s important to remember it was not a one-party victory or one-party vote,” Rendon said. “It was clearly a bipartisan effort, so those are the types of things we’ll continue to work on.”

Earlier this year, in an unconventional and not entirely popular move, Mayes helped nominate Rendon for speaker at Rendon’s request, which also signaled inclusivity.

“That’s a sign that he intends to run the state Assembly as a place for adults,” said John J. Pitney, Jr., a professor of American politics at Claremont McKenna College. “There will be plenty of debate and disagreement on policy, but there is a good chance that he will be able to curb personal conflicts. It will be a very un-Trump-like Assembly.”