Democratic politicians and environmental groups are scrambling to reverse decisions made by the South Coast Air Quality Management District board, which is now controlled by Republicans for the first time in memory. The agency oversees air pollution control reduction efforts for Orange County and the heavily populated urban areas of Los Angeles, San Bernardino and Riverside counties.

Last week, the seven Republicans on the 13-member board forced out AQMD Director Barry Wallerstein, long criticized by business interests as hostile and indifferent to the economic downside of heavy regulation. In December, the GOP bloc passed on staff recommendations and adopted rules on refineries and other heavy industries that had been lobbied for by the Western States Petroleum Association and other oil interests. 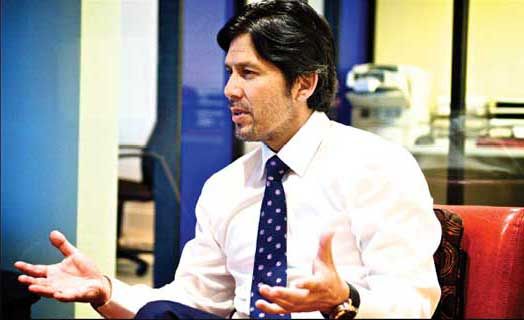 State Senate President pro Tem Kevin de León, D-Los Angeles, reacted sharply to both moves. This week, he announced plans to introduce legislation that would add three members to the AQMD board. The board now consists of 10 elected officials from cities and counties in the AQMD region as well as one member chosen by the governor, one by the Assembly speaker and one by the Senate Rules Committee.

… more aggressive steps to curb pollution and would give the state Legislature and Gov. Jerry Brown greater influence over the agency charged with protecting the health of 17 million people in the nation’s smoggiest region.

Under de León’s plan, two of the additional appointees would be selected by state legislative leaders. The public health member would be appointed by the governor, increasing the panel from 13 to 16 members. …

Recent appointees to the air board, including Highland Mayor Larry McCallon and Lake Forest Councilman Dwight Robinson, have said they want the agency to give more emphasis to the economic burden posed by tougher emissions regulations. Republicans gained a seven-member majority with the swearing in of Robinson last month following a campaign by GOP leaders to gain control of the regulatory agency.

That is from a Los Angeles Times report[1].

Southern California air has never met state and federal standards for ozone pollution, which is associated with various respiratory and health problems. In EPA-speak, it’s considered an “extreme ozone non-attainment area.” To reduce ozone pollution, the AQMD had proposed further reducing the emission of oxides of nitrogen — known as NOx. …

The AQMD staff had been working for three years to devise new rules that would limit the NOx that could be emitted by stationary pollution sources, mostly refineries and a cement plant. The AQMD board voted … for a proposal favored by … local refineries.

The WSPA proposal permits refiners and other stationary sources of pollution to emit 14 tons of oxides of nitrogen daily versus only 12 tons envisioned by the AQMD staff plan. The board also voted for a plan that relieved refiners and other polluters of a proposed requirement to install new emission controls and instead permitted them to buy air pollution credits.

The Center for Biological Diversity, Communities for a Better Environment, Sierra Club and the Natural Resources Defense Council filed a lawsuit Wednesday against the AQMD over the decision. They called the staff-written proposal “the most significant smog-fighting proposal within its jurisdiction in a decade.”

The groups want a Superior Court judge to set aside the December NOx decision and require refineries and other stationery polluters to install equipment to reduce the amount of NOx they put out. The groups do not want the companies to be able to buy pollution credits instead.

The L.A. region has a long history of pioneering in efforts to combat smog and other air pollution. The Los Angeles County Air Pollution Control District, established in 1947 — the first such agency in the nation — was the forerunner of the modern AQMD.

Air pollution in Los Angeles is generally believed to have peaked in the 1950s. Smog health alerts, once a common occurrence, are now rare. But the L.A. area still has the worst or among the worst records [3]for air pollution of any U.S. city, depending on the category of pollutant.