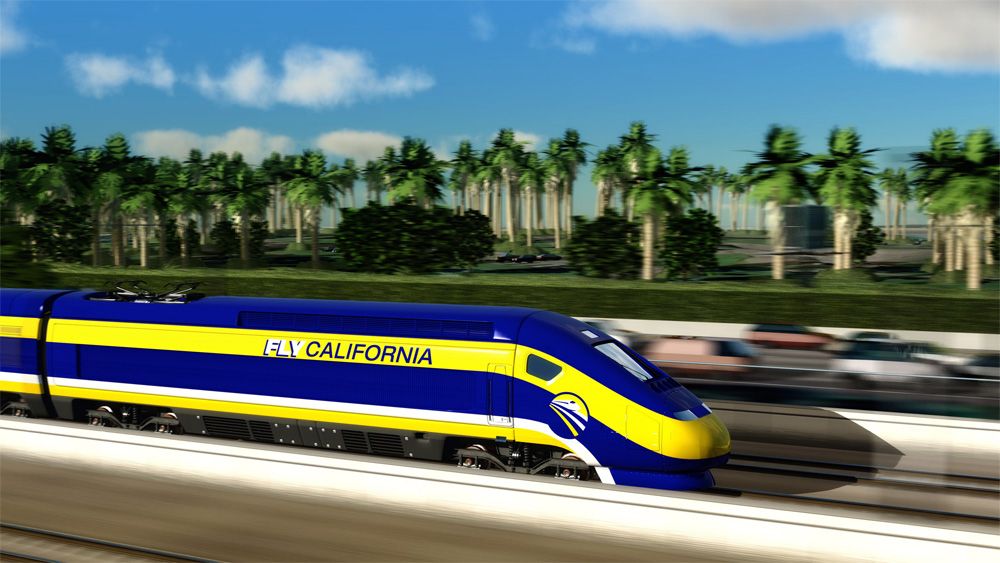 A California court may have given the state’s beleaguered high-speed rail project enough rope to hang itself.

After surviving a major lawsuit, the bullet train will still be coming fully online years later than anticipated. “California’s high-speed train has just been delayed by three more years,” Gizmodo noted[1]. “The first leg of the state’s high-speed rail is now set to finish by 2025, not 2022 as planned. This could mean that Hyperloop — the Golden State’s other, even more futuristic transit plan — could beat the bullet train to the station.”

Delays arose as a result of the dizzying challenge of navigating Los Angeles County’s mountains, which ring the city of L.A.’s basin. “The high-speed rail authority thought it could do it by 2022, but now they admit it will likely take three years longer,” The Verge observed[2]. “The mountainous passage outside L.A. won’t be built until the end of the schedule, while the San Francisco leg of the project will be built first.”

The train recently prevailed in Sacramento County Superior Court, where a judge “ruled that the allegations in the suit were ‘not ripe for review,’ finding that opponents of the project offered no evidence that the state rail authority would not comply at some point with the restrictions as it continues to plan the project,” the Los Angeles Times reported[3].

Judge Michael Kenny determined that the train couldn’t be halted because “too many unknown variables” hung over the project, which was alleged by Kings County and several farmers to have violated restrictions voters supported when approving the train in 2008. But officials did not land a clean victory. “The ruling appeared to leave open the door for the lawsuit to resume in the future,” according to the Times, leaving a smaller but stubborn cloud over the ambitious and costly project.

What’s more, the ruling held “the rail agency to strict compliance with some of the bond act requirements that will be difficult to meet,” the Times observed.

“The 2008 bond act, which provided $9 billion for the high-speed rail program, required that the train system would have to be financially viable, allow the operation of trains every five minutes in each direction, operate without a subsidy, have all the funds identified for an operating segment before the start of construction and travel between Los Angeles and San Francisco in two hours and 40 minutes, among other things.”

Cost concerns have continued to dog the train. The agency “reduced projected capital costs from $67.6 billion to $64.2 billion, but the project’s overall price tag has more than doubled since voters in 2008 approved $9 billion in bonding to cover one-third of its cost,” PD&D reported[4]. “The state plans to pay $21 billion to cover the first leg, between San Jose and California’s Central Valley, but that amount is dependent on projections of fees for emissions of greenhouse gases. The remainder of the line, meanwhile, will require billions from private investors — who would likely need to see a profit before committing — and billions more from the federal government.” Congressional Republicans, including members of California’s delegation, have expressed disinterest in bailing out the train.

Some advocates for scuttling the train entirely have taken advantage of the legal and political situation to push for a new ballot initiative that would do just that. The measure would tap approved train dollars to build new reservoirs. Supporters have had to scramble “to gather enough signatures to qualify the measure for the November ballot,” according to the San Jose Mercury News. “A poll in January by Stanford University’s Hoover Institution found that 53 percent of Californians support killing the high-speed rail project and using the unspent money on water projects, while 31 percent do not.”