CA to roll out pay-per-mile pilot program for drivers 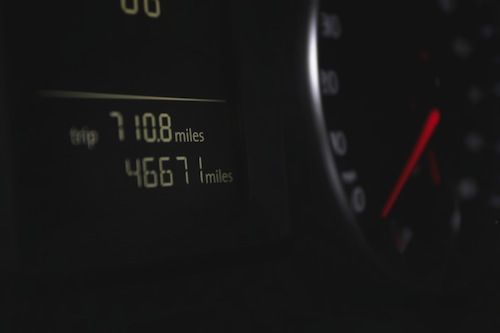 “The state of California is looking for 5,000 volunteers this summer for an experiment with potentially major pocketbook ramifications,” the Sacramento Bee noted[1]. The so-called California Road Charge pilot program, proposed by the state Legislature, has tasked “Caltrans and other transportation officials to set up a nine-month test to see what it would be like if drivers paid for state road repairs based on how many miles they drive in their cars or trucks rather than how many gallons they buy at the pump.”

Aiming for a July start and a nine-month run, the program “already has a list of 4,300 people who are game,” according[2] to Next City. “Participants will continue to pay the pump tax, but receive simulated monthly statements detailing how much they would pay under a road usage system.”

With gas prices, gas taxes and gasoline usage all sinking, lawmakers have labored to settle on a different way to collect revenue from road usage. “In California, drivers now pay 30 cents per gallon, plus 18 cents a gallon in federal tax,” the San Francisco Chronicle reported[3].

“Not only are politicians averse to raising the tax — which hasn’t been bumped up since 1994, with polls showing extreme distaste from voters — but also the continuing rise in fuel efficiency and the boom in electric vehicles ensure the steady evaporation of revenues even as more cars roll up more miles on the road. Gas taxes are expected to bring in $4.5 billion this fiscal year, 16 percent less than last year and 21 percent less than in 2014. Projections call for revenues to drop another 6.5 percent in the coming year.”

Just last month, regulators signaled the shifts to come by throwing their weight behind a further drop in the gas tax. “California drivers will pay 2.2 cents less per gallon of gasoline, starting in July, after a divided Board of Equalization voted to cut the excise tax,” according to U-T San Diego.

“‘Lowering the rate is the right thing to do and I’m sure Californians will welcome this reduction,’ board vice chair George Runner said in a statement after the agency voted 3-2 to pass the reduction that was recommended by BOE staff.”

From a regulatory standpoint, moving toward a per-mile tax would offer an additional advantage — a relatively smooth and seamless transition from a logistical and bureaucratic standpoint. Of the four vendors recruited to track mileage in the new pilot program, three “are already providing bonus services to fleet managers based on vehicle data,” according[4] to Techwire.net.

“Azuga currently offers fleets a device they plug straight into a vehicle’s OBDII computer — a standard component in all vehicles made after 1996. Aside from automatically reporting mileage back to fleet managers, the computer is what alerts drivers to specific problems in the engine and can also offer information about what’s going on under the hood,” the site noted. “Two of the other companies signed up to track the mileage of participants in California’s test program, Intelligent Mechatronic Systems and EROAD, offer similar services. The fourth vendor, Arvato Mobility Solutions, will manage the accounts.”

Although privacy advocates have expressed skittishness and dismay, many Californians have grown accustomed to their driving habits being monitored electronically. California Road Charge will offer “the option to allow the state to monitor their in-vehicle computer, tracking where they go so they aren’t charged for the use of private or out-of-state roads,” Next City noted. “Recognizing that many will see this as an intrusion on their privacy, the state is testing other ways to collect this data, like periodic odometer reading verifications. California will also experiment with offering drivers weekly or monthly “all-you-can-drive” passes.”