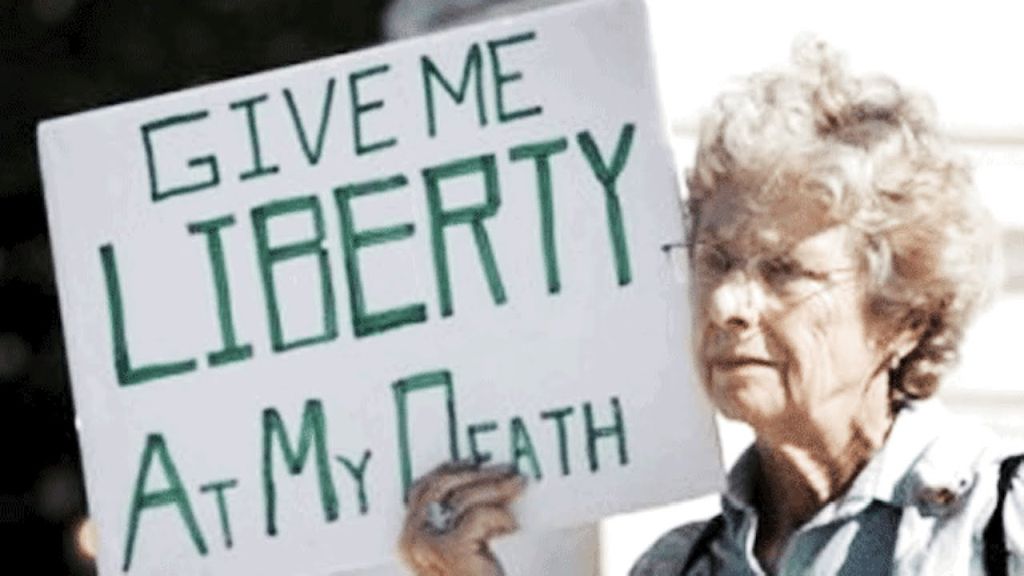 Beginning June 9, at least some terminally ill Californians seeking to end their own lives will be able to do just that.

Because the law took effect 90 days after the Legislature adjourned, its special session pushed the start date into summer. “The California law will permit physicians to provide lethal prescriptions to mentally competent adults who have been diagnosed with a terminal illness and face the expectation that they will die within six months,” as the Los Angeles Times reported[1].

After maintaining a long holding pattern, the patchwork of stakeholders involved in the change have shifted into action. “As the implementation date nears, medical groups, supporters, legislators and others are working to raise awareness of the new right-to-die law and ensure all terminally ill patients will have access to it,” CNN reported[2]. “They are holding webinars, panels and town hall meetings, distributing information and setting up telephone lines.”

Resistance to physician-assisted suicide has remained strong since legislation was first proposed, however. Combined with the relatively narrow tailoring of the law, crafted to achieve passage in Sacramento and adequate support statewide, “it still is unclear how the law will play out in California,” as Ben Rich, a bioethics professor emeritus at the UC Davis School of Medicine, told CNN. “He said he expects some health institutions to be supportive and others to be unsupportive, leading to inconsistency around the state,” the network noted.

As it stands, Californians trying to avail themselves of the new process will have a laborious road ahead. “In January the state published guidelines for how the lethal drugs can be prescribed and administered, establishing a lengthy process to ensure that patients are making informed decisions,” New York Magazine observed[3]. “Any patient wishing to be prescribed lethal dosages have to make two verbal requests, 15 days apart, and one written request. He or she has to be at least 18 years old, and a physician has to rule out mental illness.”

Even with its hurdles, the change has been hailed as yet another of California’s supposed bellwether bills. But states that have followed California’s lead on other issues may not be ready this time. In Maryland, this month, similar legislation went down to defeat, following a broader pattern. “Maryland is one of 25 states, along with the District, that have introduced what advocates call ‘aid-in-dying’ legislation since the highly publicized suicide of Brittany Maynard, a 29-year-old California woman who had terminal brain cancer and moved to Oregon in 2014 to legally end her life,” the Washington Post observed[4].

Kim Callinan, of assisted suicide group Compassion & Choices, told the Post it often “takes multiple times,” to make legislative headway. “In addition to California and Oregon, aid in dying is permitted, with varying restrictions, in Washington state, Vermont and Montana,” as the paper added.

Much comes down to the personal predilections of each state’s governor. Jerry Brown was seen to grapple with the philosophical precepts at stake in legalizing assisted suicide. “In the end, I was left to reflect on what I would want in the face of my own death,” he revealed in his signing statement, as the Los Angeles Times relayed. “I do not know what I would do if I were dying in prolonged and excruciating pain. I am certain, however, that it would be a comfort to be able to consider the options afforded by this bill. And I wouldn’t deny that right to others.” Despite broad American trends toward a more individualistic view of the meaning of life, few governors, even in states where evangelical Christianity and Catholicism have not often mobilized to sink legislation, share Gov. Brown’s unusually spiritual — but distinctively Californian — outlook.