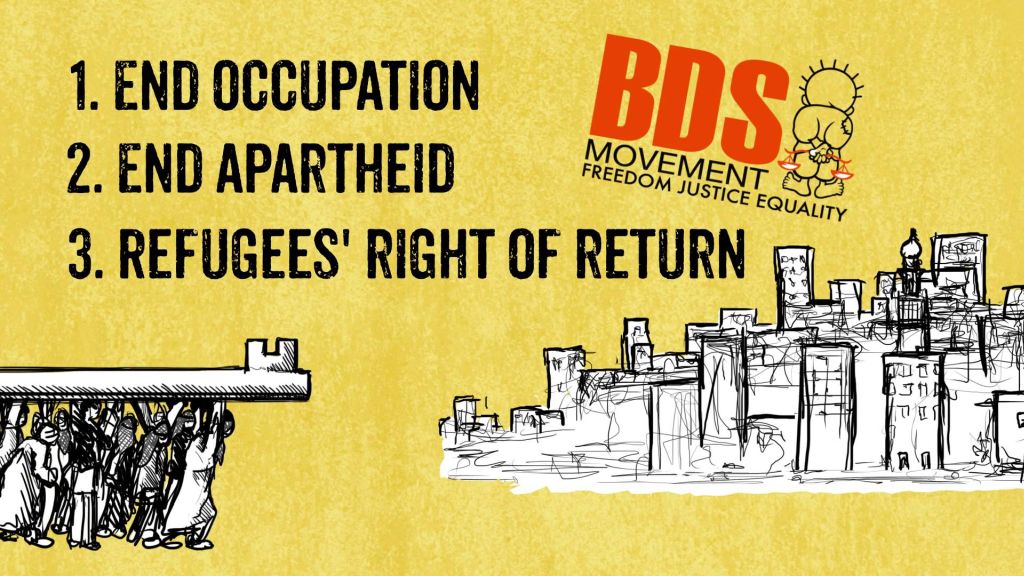 The BDS (Boycott, Divest, Sanctions) movement has been gaining momentum at American colleges in recent years with its message that Israel’s policies toward Palestinians amount to apartheid. According to the last annual report issued by the Israel on Campus Coalition, in the 2014-15 school year, there were 1,630 anti-Israel events[1] at 181 colleges and universities in the United States. The main group behind the BDS movement — the Students for Justice in Palestine — grew by a third in terms of campus chapters and now has a presence at 150 schools.

This is significantly stronger language than a previous proposal unveiled last year — and quickly rejected — that was more generally worded without a specific reference to anti-Zionism. UC regents are expected to vote on the language at their meeting next Wednesday in San Francisco.

But that vote will only come after they hear sharp protests from students and faculty who see this policy as damaging their speech rights and exonerating Israeli for its treatment of Palestinians.

UC Berkeley literature professor Judith Butler told [2]the Los Angeles Times that the language of the policy allowed for arbitrary definitions of what is unacceptable speech:

[She] questioned who would define that term or decide what crossed the line into discriminatory speech.

And although the statement provides no sanctions, calling on university leaders to “challenge” bias, Butler wondered whether those singled out as criticizing Zionism would be denied faculty research funds, promotions or other benefits.

“To include anti-Zionism as an instance of intolerance and bigotry is actually to suppress a set of political beliefs that we actually need to hear,” she said. “It saddens me and strikes at the heart of the task of the university.”

UCLA student Eitan Peled, a member of the liberal Jewish Voice for Peace group, blasted the proposal in an interview with the Associated Press. “As a student who considers my work advocating for Palestinian human rights as an expression of my Jewish values, I am surprised to see that criticism of a modern nation-state that regularly violates international law is so centered in a report against intolerance,” he told AP. “Debate over Zionism and the abusive policies of the state of Israel absolutely should be debated vigorously, not silenced by accusations of discrimination.”

Meanwhile, former University of California President Mark Yudof is also speaking out about the BDS movement and the treatment of Jewish students at some universities. He’s joined the advisory board of the Academic Engagement Network, which seeks to “bring together faculty members and administrators to address issues related to Israel.” Its members include Lawrence Summers, the former treasury secretary and Harvard president.

In a December essay[3] published by Inside Higher Education, Yudof depicted the BDS movement as trying to shut down discussion of issues involving Israel while linking Zionism to other issues, including police violence toward African Americans. “In age of exquisite sensitivity on some campuses to microaggression, or language that subtly offends underrepresented groups, the ironic toleration of microaggression against Jews often goes unnoted,” he wrote.

It was while Yudof was UC president that the UC system suffered perhaps its most notorious display of anti-Israeli sentiment. Eleven UC Irvine and UC Riverside students were arrested in February 2010 after they interrupted a speech at UC Irvine by Israeli Ambassador Michael Oren and refused to let him complete his remarks. The incident triggered vast reaction[4].