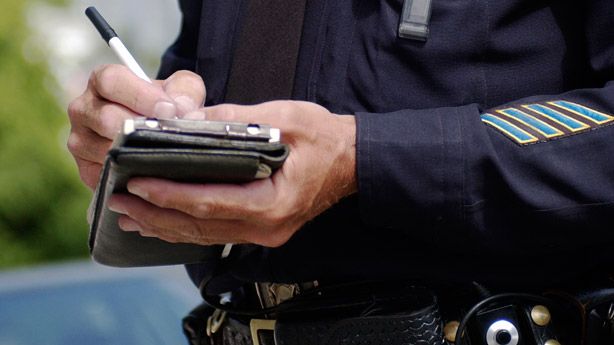 A 2013 provision[1] in the state budget offered major relief of fines due before Jan. 2013 but not for those after. So the ACLU of Northern California and others are calling to cease the suspensions entirely, or at least until certain safeguards are established.

What happens is that drivers receive an initial fine with lots of additional fees tacked on. What could be a $100 fine is now several hundred dollars and it only swells from there, sometimes even into the thousands, according to ACLU of Northern California staff.

The ACLU of Northern California and other groups have been studying the effect this has on low-income drivers in Bay Area counties. They note the problem is only worsened if fees aren’t paid on time, because then the license is suspended, jeopardizing the driver’s ability to get to work.

And many of these citations are for minor infractions like not wearing a seat belt or not signaling on a turn.

“What we’re looking for is a system that doesn’t punish people for being poor,” said Micaela Davis, staff attorney with the ACLU of Northern California, told CalWatchdog. “What we see is that the fines and fees are so exorbitant on simple traffic citations that people simply can’t afford to pay.”

Detractors may argue that it’s the driver’s actions that incurred the fine in the first place, but Davis dismissed that notion, saying there are more effective ways of handling the issue.

“We can hold people accountable without also ruining their lives,” Davis said.

On Monday[2], the ACLU of Northern California, the Lawyers’ Committee for Civil Rights of the San Francisco Bay Area, Legal Services for Prisoners with Children and the Western Center on Law and Poverty sent a demand letter to the San Mateo County Superior Court arguing that it change its policy. The coalition argued that judges have an option to suspend, not a mandate.

The coalition, along with Bay Area Legal Aid, also on Monday sent a letter to the the California Judicial Council, which is the policy-making board of the California court system, urging it to instruct the courts to stop.