A landmark California case against state teachers unions’ mandatory dues collection fell victim to the late Justice Antonin Scalia’s absence from the Supreme Court — salvaging “a long-standing rule that requires about half of the nation’s teachers, transit workers and other public employees to pay a ‘fair share fee’ to support their union,” as the Los Angeles Times reported[1]. 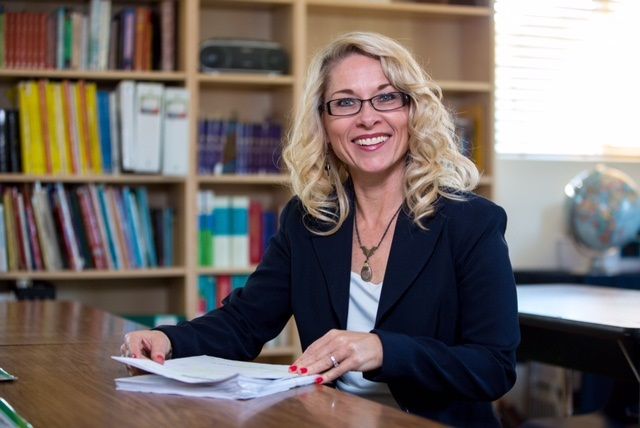 “Sidestepping a potentially radical change for public employee unions, a deadlocked U.S. Supreme Court on Tuesday declined to topple the ability of organized labor to continue to collect dues from government workers who oppose being forced to pay fees to cover collective bargaining costs,” the San Jose Mercury News noted[2]. “In a one-line order, the Supreme Court handed down a 4-4 ruling that effectively let stand lower court decisions backing the California Teachers Association in the closely-watched case.”

“At a time when public employee unions are under political attack in states such as Wisconsin and New Jersey, the California clash was considered a crucial showdown for organized labor and its political wallet. California teachers who support their union’s political influence have been clearly worried about the outcome in the Supreme Court, where a number of conservative justices in recent years have expressed doubt about allowing states to require fees from reluctant nonunion members.”

The result drew sighs of relief from Democrats and howls from Republicans. The two parties have grown increasingly polarized around the issue of public-sector unions, which Republicans have blamed for busting state budgets and funneling cash almost exclusively to Democrats. “The case involves only public-employee unions — not private workers — but those unions are the strongest segment of an organized labor movement that is increasingly tied to the Democratic Party. At the same time, Republican governors across the nation have become embroiled in high-profile battles with the public-employee unions in their states,” the Washington Post reported[3].

The case had become a rallying point for state Republicans in search of a bright spot this election season. “Rebecca Friedrichs, the Orange County teacher who brought Friedrichs v. California Teachers Association, received the county GOP’s Torch of Freedom award at the political group’s Lincoln Reagan Dinner at the Hilton Bayfront on Saturday,” as U-T San Diego reported[4].

Friedrichs, an Orange County public school teacher, “said she resigned from the California Teachers Association over differences but was still required to pay about $650 a year to cover bargaining costs,” according[5] to Fox News. “In Abood, the court said public workers who choose not to join a union can be required to pay for bargaining costs if the fees don’t go toward political purposes.”

For their part, Democrats have claimed that anti-labor activists want nothing less than to render unions incapable of affording their basic function as collective bargainers. “Organized labor considered it the most vital Supreme Court case of the year, and one of a clutch of politically charged cases that puts the justices in the spotlight as the nation turns its attention to the elections of 2016,” the Post observed.

The split decision left labor law poised on a razor’s edge. Although the court “had raised doubts about the viability of the 1977 precedent, Abood v. Detroit Board of Education,” that authorized the “fair share fee,” “it stopped short of overturning it in two recent cases,” as Fox News noted. Now, court watchers have begun to doubt whether the justices who would alter or scrap the rule will ever be capable of cobbling together the five votes necessary to do so. President Obama, who has settled on a candidate to replace Justice Scalia, hopes to force the hand of Congressional Republicans this year and replace what had been a relatively reliable “conservative vote” on the court with a more liberal one.